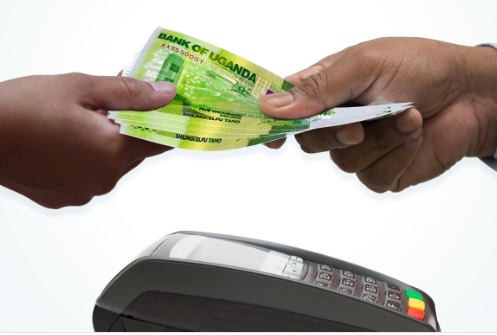 The number of transactions conducted by bank agents is growing fast in Uganda, financial experts have said, a sign that the sector is producing results.

Agency banking is a low-cost delivery channel for both the bank and the customers. It is supposed to make financial services available at a much lesser cost to rural areas.

Although agency banking was recently licensed under Financial Institutions (amendment) Act 2015, several commercial banks and micro-finance institutions have been relying on the practice to reach out to their customers in the rural areas.

Mr Peter Kawumi, the innovations specialist at Financial Sector Deepening Uganda (FSDU), says the number of bank agents increased from 21 per cent in 2013 to 42 per cent in 2015.

“It is expected that the final Agency Banking Guidelines issued by the Bank of Uganda will require financial service providers’ (FSPs) agents to have been in a business for more than 12 months. FSPs will thus have a great pool of about 35,000 agents from which to pick their potential agents,” he adds.

According to Mr Joel Basoga, a lawyer and financial analyst, agency banking aids banks in infiltrating rural areas that have been labelled as “hard to reach” considering the cost of setting up branches, ATM’s and any relevant access points. In order to understand the significance of the amendment, one has to appreciate the challenges of financial inclusion in Uganda’s sector.

Mr Basoga alludes to the Kenya banking sector, saying the latter has made great strides over the past 10 years since they introduced agency banking.

“When one goes to Kenya, the sights of bank logos are adjacent to boreholes and can be conveniently accessed by all regardless of remoteness,” he adds.

He says with the coming on board of agency banking, this is going to be another avenue for rural penetration which will enable the banks reach more customers who have been always neglected.

“As we speak, more than 80 per cent of our service outlets are found in rural areas. It’s through this that we can bring financial inclusion to the many disadvantaged and excluded Ugandans who are in rural areas and find accessing banking services expensive because of the costs and logistical challenges of getting to the branch in a town,” he says.

Another aspect that will boost the growth of agency banking is the Interswitch services. According to Mr Olumuyiwa Asagba, the chief executive officer of Interswitch East Africa, their service has grown rapidly, resulting in an interbank network with more than 1.3 million debit cards and more than 300 ATMs and 400 Point of Sales Terminal locations countrywide, and 14 financial institutions. Interswitch also has strategic partnerships with MTN Mobile Money and Stanbic Bank.

He, however, says fraudsters may seek to exploit the agency banking model created through agent representation of banks.

“It thus points to the need for the development of robust risk management frameworks, agent selection policies, and agent training and management structures,” Mr Kawumi adds.

He says the key advantage banks will have over the mobile network operators will be the ability to pay interest on savings and the trust generally held by the Ugandan public for the formal financial sector.

Stanbic CEO: Blockchain is a game changer in banking sector