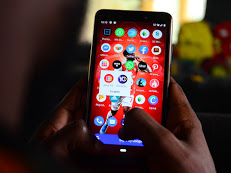 Entertainment on the go is the way to go, in an ever revolving situation that leaves no room for settlement. Technology has made it possible for one to have all television programming, let alone an entire decoder, compressed into a mobile app. At least, this is evident with the Airtel TV and YoTV channels apps.

The two apps, which launched in Uganda one after the other, let you get all your favourite television channels, movies, and shows in your palm. It won’t matter whether you are in transit or seated somewhere. Besides enjoying live TV on the go, you can also get to view the day’s programming through the clearly output guide in the menu. A lot of the local network is well bred in, with select international news channels also part of the deal.

The basic requirement is an internet bundle and a good enough network.

Let’s take a look at the two apps.

Airtel TV is an Airtel only network app. This means that you have to have an active Airtel internet bundle running. YoTV channels, on the other hand, can work on any network bundle, though there is a partnership with MTN Uganda where you can buy TV bundles and enjoy the shows.

You will need to make a subscription payment, though, to use the YoTV app while the Airtel TV app needs no subscription.

If you struggle to listen to radio without earphones, YoTV Channels app just helps you here. You just have to check the radio stations under the TV section, tune in and get to listen in.

The other edge that YoTV has over the Airtel TV app is the option to record. You have a whole 300 minutes of memory for you to utilize. There’s also the ability to keep tabs on live shows that you are likely to miss out on watching. Plus, when you pause a movie or show, you can start form there on the next time you open the app.

Unfortunately, the Airtel TV app doesn’t support this. If you pause a movie, you can’t start from wherever you stopped. You have to re-watch. Plus, there’s no option to forward to a specific time.

There a good number of movies available on both apps, especially the local content and productions. Airtel TV initially had a Hollywood section whose “content is not available”. Watching this required one to use a VPN to position one in the US, but the content was later removed. The YoTV channels app has the Hollywood movies in plenty for those that love them.