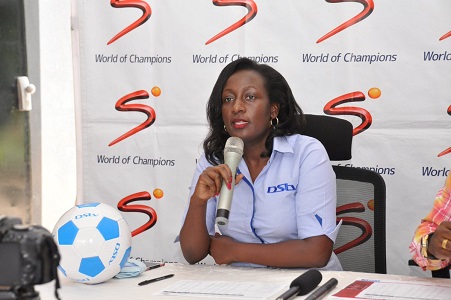 MultiChoice Uganda has relieved Phoebe Nakabazzi of her duties as the company’s head of marketing.

According to ChimpReports, which quotes a statement from Multichoice Uganda, Albert Ngabirano will be taking over as the new head of marketing.

The development comes after Nakabazzi was in July of last year accused of having an affair with her boss Charles Hamya. Hamya was the general manager of Multichoice Uganda until he resigned from that title at the beginning of this year.

In July of 2018, Crusid Matovu penned an email to Multichoice Uganda detailing the disgraceful affair her husband, Hamya, was engaged in Phoebe Nakabazzi and that it had been going on since the latter joined the company in 2015.

Albert Ngabirano, who has close to two decades of marketing experience, has been the Gotv marketing manager.

He has also worked with Uganda Breweries Limited, Coca Cola and another arm of Multichoice, DStv.