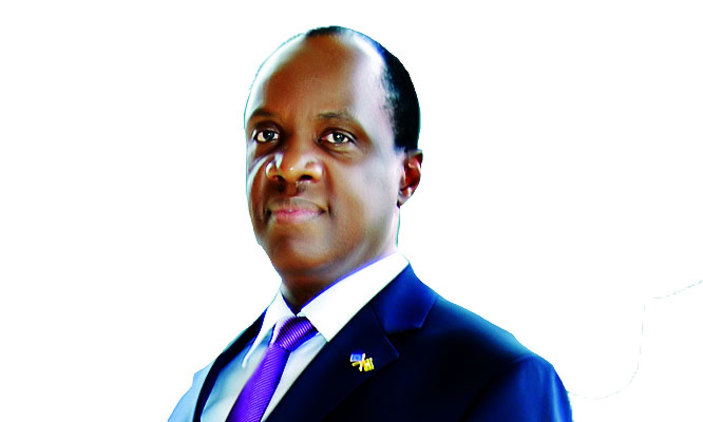 Businessman Patrick Bitature has offered his views and advice to those interested in investing in cryptocurrencies, saying that they should go slow on the idea so that they first accumulate enough knowledge about the dynamics of the venture.

Sharing his views in a YouTube video, the entrepreneur said that he still felt there wasn’t “enough knowledge out there to encourage” and guide “Ugandans to invest in it (cryptocurrency).

“If you want to invest in it, begin small, learn the business and then grow,” he went on.

A prominent investor in the technology sector through Simba Telecom, Bitature was recently interviewed to opine on the vastly surging digital currency wave that has taken up public interest, raising polarized stands.

Cryptocurrency is also another form of money but it is designed to run only in a digital format based on principles of cryptography.

Ever since the first cryptocurrency dubbed Bitcoin was introduced in 2009, hundreds of other digital currencies have been created, with founders targeting to transform the payment system with a new form of currency.

Apart from bitcoin, other cryptocurrencies have been dramatically rising, including Ethereum, Ripple, Litecoin and Dash. They have different characteristics, which allow users to treat them very differently.

The transaction of this digital currency is regulated by software and the agreement of users of the system. Unlike everyday money, cryptocurrencies are decentralised — meaning they are not issued or guaranteed by central banks and therefore fall outside the purview of regulators.

Since they do not have privileges of legal tender and can be converted into real-world money anonymously, opponents of cryptocurrency like the Governor Bank of Uganda Tumusiime Mutebile say that they can attract some criminal elements.

Speaking at the Blockchain Conference in Kampala recently, Mutebile also warned that cryptocurrency cannot be used as a medium of exchange or store of value in the manner of central bank-backed money.

For Patrick Bitature, his main emphasis was on the observation that the trading of cryptocurrencies is out of an investor’s control.

Bitature compared cryptocurrencies to the forex business, where the factors of operation are mainly externally determined and unpredictable, unlike, according to him, where a substantial investment in commodities like coffee or cotton, will always assure you returns.

According to Bitature, the cryptocurrency market is very volatile. After months of unprecedented appreciation in 2017, there was a dramatic crash in September of that same year, going up to double digit losses in just 48 hours. Reports indicated that the cryptocurrency market as a whole lost 20% in just two days as it fell to $142 billion, down from a total market cap of about $180 billion.

The incident, which according to TechCrunch represented years of gains in the U.S stock market – which if invested into cryptocurrency would be essentially wiped out in a matter of hours, happened after China outlawed Initial Coin Offerings.

The crash in cryptocurrencies has always been explosive and affected by slight decisions by major players (e.g. governments and advertising spaces); for instance, in March of this year, 3 cryptocurrencies lost value after Google banned their adverts.

It is upon some of these examples that Bitature advises interested individuals not to “put too much on the line because the factors that influence its (cryptocurrency’s) prices going up and down are not in your control.”

“You may have very good habits for business but the factors that determine the price are completely out of your control. I like to control the businesses that I run; if I do things rights, I should be able rewarded, and if I do thing wrongs, or I am careless, I should be punished,” he said.

“But if you do everything right, but the market punishes you, then that’s out of your control. Now, Bitcoin is like forex, it’s really high risk and the movements are outside your control unlike other basic commodities like coffee or tea … With bitcoin or with foreign exchange, it just can cut and then the movements are very volatile.”

The 58-year-old businessman, on the other hand, said that he was not against people investing in cryptocurrencies since at times high risk businesses can also bring high returns.

“I am not saying don’t do those business, because they can also give you a high return … you could make a fortune; that’s why most people made a fortune in the last two years because the price kept going up and those who got in early benefitted. (Cryptocurrency is like a pyramid scheme; early entrants gain more than later entrants). Those who are coming now, might think it is going to go up and it could drop,” he added.

He also gave an example of people who fear investing in start-ups at an early stage, and then realize that they could have benefitted a lot from them when it’s too late and the costs of shares are too high.

“… nobody has a crystal ball; some of these things you’ve got to have a gut feeling: a) does it give you pleasure? … do you feel satisfied when you do this business? if you are doing something (…) and you don’t enjoy doing it you are probably in the wrong business, I don’t think money should be the only driver. It’s better that you are passionate about what you are doing” because it will require a lot of your efforts, especially at the beginning, he said.