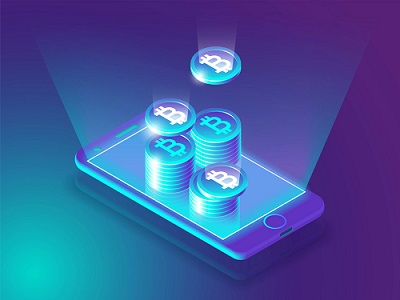 The partnership seeks to take advantage of the expensive banking system that keeps out many people from accessing financial services.

Wala gives the users a digital financial platform built on Ethereum Blockchain that provides all of the financial and transactional services as per their needs.

The service uses blockchain technology along with the Dala cryptocurrency to allow users to send money, earn rewards and apply for credit services through the platform.

Under the $DALA platform, Ugandans are able to consume energy at zero transaction fees, use it for everyday purchases and also convert it back to fiat Ugandan currency via agents/merchants and cryptocurrency exchanges.

CPEM uses the DALA blockchain platform to manage its ledger, its vendor contracts, and its partner commitments.

CPEM  is partnering with the Ministry of Energy and Mineral Development, which will mean Ugandans are able to buy solar energy from the gigawatt-scale solar project using $DALA.

Ugandan consumers will be able to buy solar power in $DALA, workers can be paid in $DALA and the program will even run on $DALA.

According to CPEM founder Prince Kudra Kalema from Buganda Kingdom, using $DALA, Ugandans will be able to consume energy at zero transaction fees, use it for everyday purchases and also convert it back to fiat Ugandan currency via agents/merchants and cryptocurrency exchanges.

“By providing Ugandans with an opportunity to access clean energy through $DALA, we’re fostering a more inclusive decentralized financial system not possible with legacy technologies,” he told TechCrunch recently.

“We began using the $DALA protocol because it became very clear that the financial structure in Uganda was not adequate. It was clear we needed something. There is no way the Uganda shilling is stable enough for the type of program we are doing,” he says.

He says the $DALA crypto combined with his solar project will be much easier to run in Uganda than in countries like the U.S.

“Over 80 percent of Ugandans are under 35, and very well-educated. I don’t like the term leap-frogging, but this is what this is. They don’t have to unlearn anything that was there before. They are eager to figure out and learn about a solution that will help them,” he told TechCrunch.

“When you look at how quickly mobile money was adopted by Ugandans — it became powerful not because it was imposed but because people yearned for it. Ugandans are saying that what we have right now does not work. The banking transaction fees, the cost of remittances… — it’s difficult for them to be enthusiastic about something they know doesn’t work already,” he says.

The program would more than double the current electricity generation capacity in Uganda (an equivalent of about two average U.S. coal power plants), where 75 percent of the population has no access to energy.

Tricia Martinez, Wala co-founder, and CEO, says: “The numbers we’ve seen since the launch of $DALA have been staggering, and a large portion of our current users are Ugandan, so this partnership is a natural next step to allow users the opportunity to further benefit from using $DALA. The high level of user traffic also shows us that Ugandans are ready to use crypto assets in their day-to-day transactions.”

Bitature on cryptocurrency: Be prepared for the risks