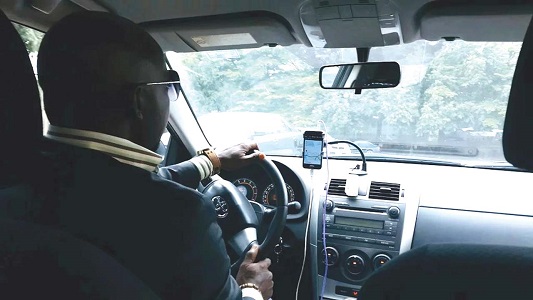 Digital taxi drivers have demanded application operators to increase fares per kilometer to match with the current costs incurred to sustain their work of ferrying people to different places in the country.

Digital taxi drivers are motorists whose business is conducted by use of an application installed on a mobile smartphone.

Under their umbrella body, the Smart Online Drivers Association (SODA) yesterday decried what they described as unfair treatment of drivers in terms of pricing of fares, negligence of safety of safety of drivers and unnecessary deactivations which are frustrating their work.

Addressing the media in Kampala, SODA leader Mr Musa Kabunga said that the rates set by the said companies are low, unfair and exploitative in nature which to be increased amid the high fuel prices.

To make matters worse, Mr Kabunga said that the companies lured youthful Ugandans into acquiring car loans with a promise that they will make money with the new modern mode of transport.

“We demand that minimum fares be set in line with the current fuel prices or even high to cater for vehicle service and maintenance, insurance covers, airtime and mobile data that is at least Shs7000 from Shs4000 and this to cover 2.5Km,” Mr. Kambuga said.

He added: “We demand that pick up fares be introduced especially for long pickups beyond one Kilometer. That fare compensation system be introduced in cases of under calculation of fares by the Application.”

When contacted, Ms. Sarah Wanyanga Taxify Marketing Manager in charge of East Africa said in an email: “We are in receipt of your inquiry and will respond.”

Must read: Tugende CEO: You can never declare victory on financial inclusion

UberUganda Country Manager Aaron Tindiseega said he did not know about the digital taxi drivers association, adding that some of the complaints were generalizations.

The Publicist of SODA, Mr Mercilus Katandi demanded that a cancellation fee be set because most of the clients are taking advantage of its absence which causes loss to the drivers.

“In the area of safety of drivers, many drivers are nursing wounds and loss over accidents while driving Uber and Taxify clients. Some who drive at night have been robbed and stubbed. Taxify is the biggest culprit over negligence of drivers. They do not offer any sort of assistance to drivers whatsoever. They are interested in clients’ satisfaction,” Mr Katandi lamented.

According to Mr. Katandi, the world over Uber and Taxify have been criticized for unfair treatment of drivers which resulted into strikes in Kenya which compelled government there to intervene to harmonise the fares.