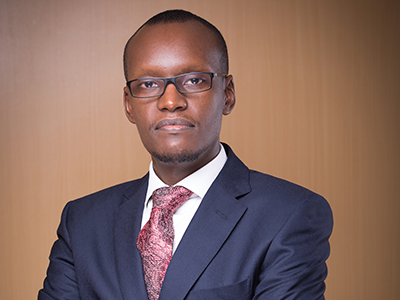 Someone made a parody Facebook account of Edwin Karugire, the husband of Natasha Museveni, daughter to President Yoweri K. Museveni.

Karugire, who was tagged in the tweet, responded saying it wasn’t his birthday.

Thank you sir. It’s not my birthday but I’m am not averse to receiving presents.

It is Morrison Rwakakamba who informed Edwin Karugire that there was “a grand parody account running on Facebook.”

Pole. You should lawyer them up! We indeed need hygiene in the cyber @FrankTumwebazek

On Facebook, there are two accounts in the name of Edwin Karugire; one has been updated thrice, only with pictures; and the other has never been updated. (It seems both accounts are fake)

Must read: How to connect to government’s free Wi-Fi MYUG

The lawyer seems to be predominantly interested in Twitter since its where he’s always adding a voice to conversations and retweeting and liking his social network’s posts.

It is not uncommon for public figures to have their social media accounts mimicked; we’ve seen army generals, musicians, politicians become victims of impersonation.

Public figures are always advised to have their accounts verified to discredit other accounts that might emerge.

Namisango breaks silence on being ‘fired’ as Makerere PRO