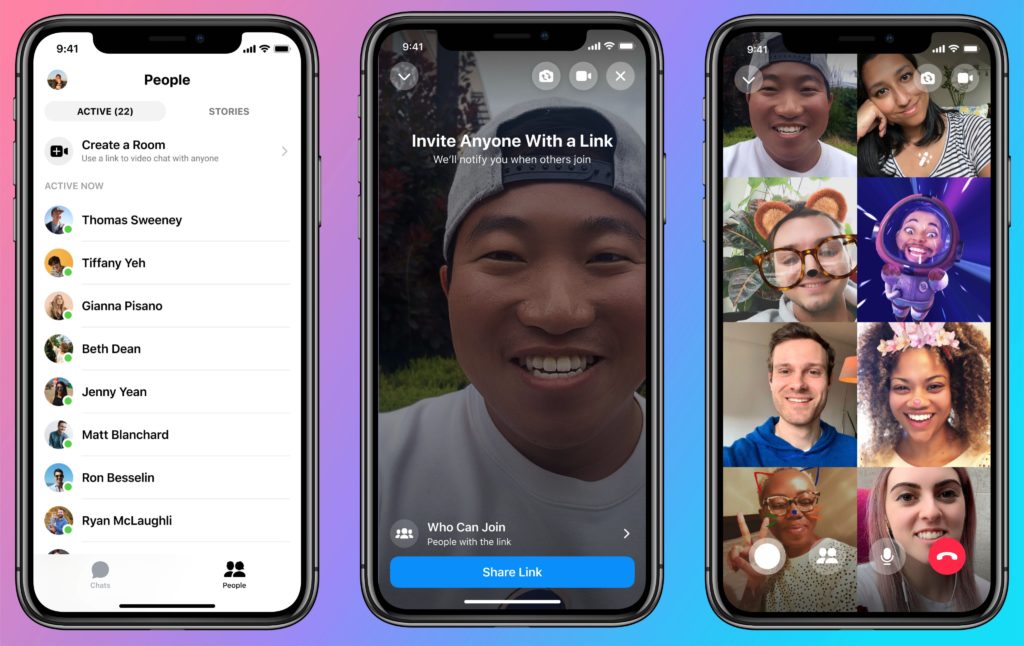 We’ve known Facebook to be a social media giant and thought it could not try out any other service. The company has beaten the odds to announce that it is taking a ride into live videoconferencing. Of course, the timing is right, with millions of people stuck at home amid the coronavirus pandemic.

Facebook is launching a new service called Messenger Rooms. This will allow users to conference with up to 50 people at a time, something you could have experienced with Zoom, Houseparty or any other video conferencing service over the past few weeks.

Introducing Messenger Rooms, group video calls that you can start and share via @messenger @facebookapp and soon @instagram @whatsapp and @portalfacebook. We’re testing Rooms in a few countries now and plan to roll it out globally in the coming weeks. pic.twitter.com/kQWb2nbPzY

While announcing the service, chief executive Mark Zuckerberg asserts that this is yet another way Facebook can keep people connected.

“Video presence isn’t just about calling someone. It is starting to be a fundamental building block of a private social platform with lots of new use cases.”

Facebook’s Messenger Rooms is quite limited to some extent. One must start it from Facebook or Messenger, though others who join don’t need to have a Facebook account. Plus, it can accommodate only up to a total of 50 people.

Messenger Rooms will hold up to 50 people with no time limit so you can drop in and spend time with friends, family and people who share your interests. You can discover Rooms from your Facebook friends, Groups and Events at the top of News Feed. pic.twitter.com/Fmx2VPjmMX

The good news is that Messenger Rooms will be free and you should not expect a time limit. The new Facebook feature also allows people to drop in and join other rooms, or come and go as they please.

Plus, Facebook says it will not “view or listen” to video calls.

In a series of announcements, the company also announced that WhatsApp will expand to allow eight people on each call, up from four now.

Facebook said 700 million people are chatting on daily video calls on Messenger and WhatsApp combined. There are also now over 800 million daily active users across Facebook and Instagram Live, and the company is adding new features to make Lives even more useful.

Microsoft added new features to its Skype video calling service. You can now join cross-platform video conferences without the need for an account, or without even having to download any software. The interface lets you start calls with just a single click.

Facebook launched a Messenger app for MacOS and Windows to let users easily video chat on their desktop computers and stay connected with friends and family anywhere across the globe.

The lockdown situation will also be remembered for the time when Zoom faced global hacks into ongoing classes and meetings.