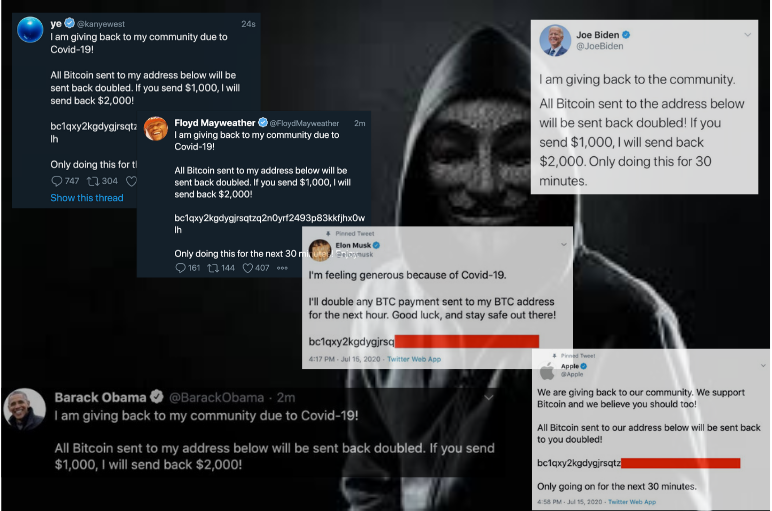 These accounts, among others, posted a message promoting the address of a bitcoin wallet with the claim that the amount of any payments made to the address would be doubled and sent back.

It is believed that the hacker leveraged an internal Twitter admin tool to gain access to the high-profile accounts. Twitter actually confirmed that “a coordinated social engineering attack” on employees gave a hacker “access to internal systems and tools.”

The entire hack is still a mystery, and no one has been pointed at as the exact suspect.

However, according to TechCrunch, a hacker who goes by the handle “Kirk” is likely to be the brain behind it and was able to generate over $100,000 in the matter of hours by gaining access to the internal Twitter tool, which they used to take control of popular Twitter accounts.

The tool appears to allow users to control access to a user’s account, including changing the email associated with the account and even suspending the user altogether.

The hacker used the tool to reset the associated email addresses of affected accounts to make it more difficult for the owner to regain control. The hacker then pushed the crypto-currency scam.

It is not clear exactly how Kirk got access to Twitter’s internal tools, but there’s a likelihood that a Twitter employee’s corporate account was hijacked. With a hijacked employee account, Kirk could make their way into the company’s internal network. As of now, it is not yet confirmed whether a Twitter employee was involved in the account takeovers.

The question we shall pose to you is: Is Twitter safe to use, anyway?