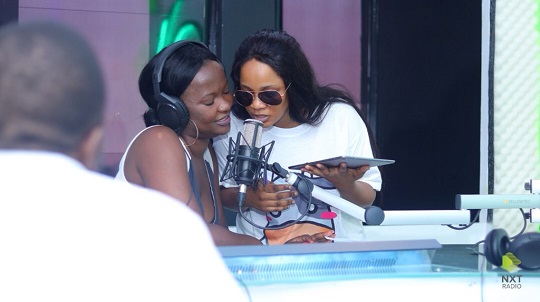 Every urban radio station in Kampala today has an online listening option.

It could be on a third-party smartphone app, their own app or on their website. This option is targeted at three kinds of people that I see.

–              Those that are in places where their favorite station’s signal is not strong enough but have a good internet connection.

–              those that are in places with good internet connectivity and would prefer to listen to radio on their computer as they do other things like work.

The concept of internet radio though interesting does not seem like a worthy option in a country where internet connectivity is poor and access to the internet is expensive.

People would rather buy small data bundles that they would use for social media and the occasional browsing.

However, with such a huge huddle, there are more stations adapting online radio, NBS TV’s mother company also launched a new visual station that as you guessed, runs on the internet too.

So, is internet radio a hit or a miss in Uganda?

I say it is a hit, a huge hit because it is the messiah of an industry that has long struggled.

Allow me to elaborate.

For a while now, individuals, startups, bloggers and influencers have been using the internet to express themselves, share their agenda and generally reach out to people in the form of podcasts.

Podcasts have been around for a long time and have been appreciated by a very small group of people.

Because of this, not many of these podcasts have stood the test of time because they take more than they give.

But there are more of them cropping up in recent times and the number of listeners is also increasing.

Similar to podcasts are music streaming services. They have been appealing to a small group of people, commonly the geeky type but just like podcasts, their popularity is growing and unlike podcasts, they are starting to get the support of internet service providers such as Tidal did with MTN and this has brought music streaming out of the shadows a little bit.

Radio in and of itself is famous; most people interact with a radio on a daily basis and the penetration of radio is deep.

On the solid foundation of ordinary radio, internet radio is easier to sell and explain because unlike podcasts and music streaming, you don’t have to explain radio.

If radio which is already famous is put on the internet, what it does is create the demand for better and faster internet services because the more people that tune in to internet radio, the more the Internet service providers are pushed to satisfy this new demand and in turn is good news for streaming of content on the internet.

So while it seems like internet radio does not make much sense, it is steadily shaping the industry of audio and video streaming in Uganda which in time will thrive and open opportunities for competition much to the delight of the listeners and the content creators.

In a couple of years, we shall be glad that radio stations stuck to their guns and insisted on having radio on the internet.

This post first appeared on elitetorch. Daniel Odaka is a writer and communications expert with a love for tech, science, and cars

How to withdraw money from an ATM without a card