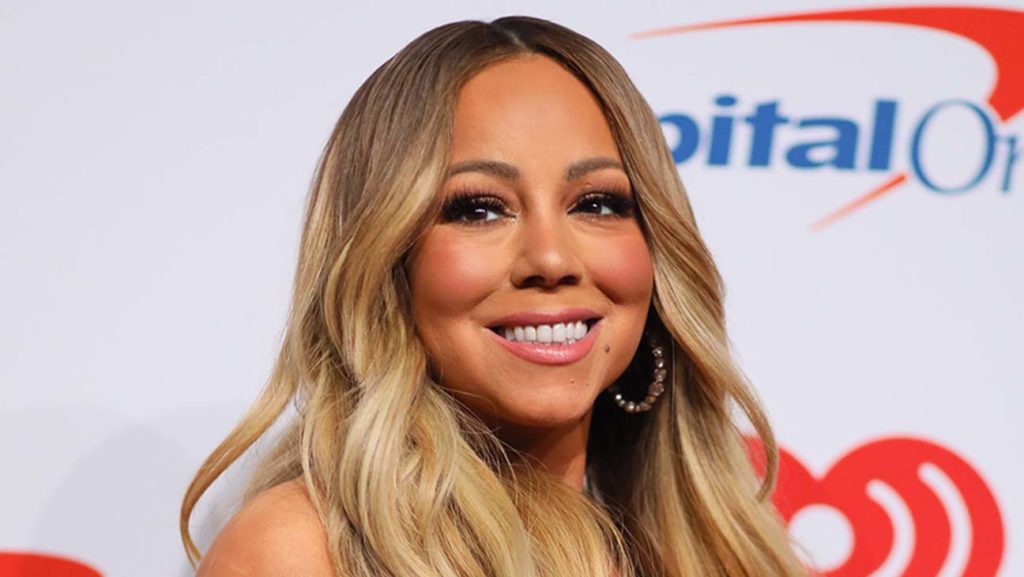 Various reports indicated that the hack began in the afternoon of Pacific Time, and more than 50 tweets were posted containing vulgarities and the use of the N-word. There were also posts about rapper Eminem. The last tweet appeared to show a photo of a shirtless teenager. 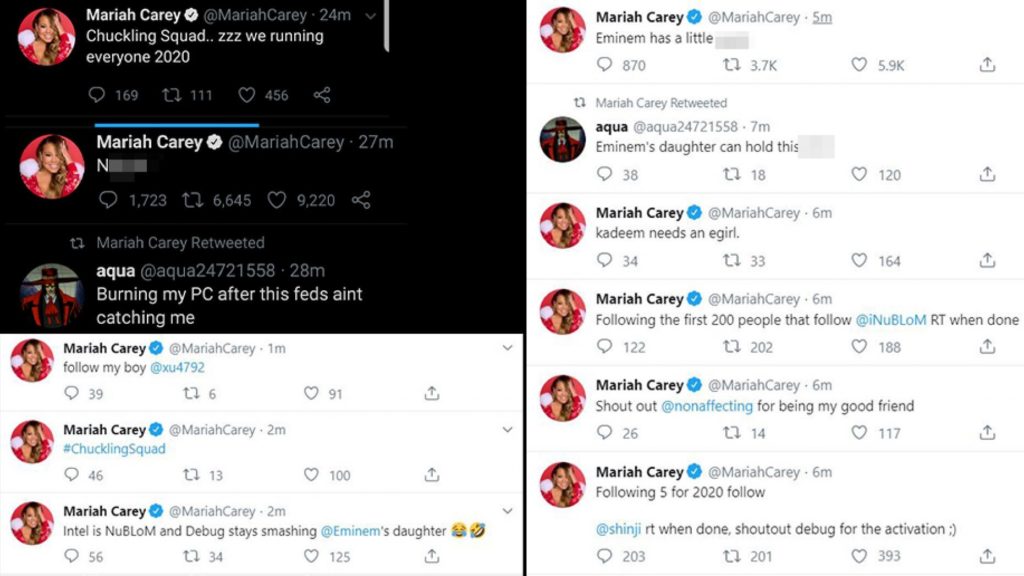 The hacker also exhorted Carey’s followers to follow specific handles to get follows back after they were “done.”

The news outlet reported that some of the boorish tweets posted to Carey’s compromised account referred to the Chuckling Squad, a hacker group that was responsible for the August hacking of the account of Twitter CEO Jack Dorsey.

The inappropriate tweets posted to Dorsey’s account — posted and deleted within minutes — included the use of the N-word, other loutish comments and one message claiming there was a bomb at Twitter’s headquarters.

At that time, Twitter confirmed the hack and regained control of the account within 30 minutes, saying that it had found “no indication” that Twitter’s systems were compromised. A company spokeswoman would also later say that Twitter had “looked into” the bomb threats and could confirm that they were “not credible”.

Eventually, the company attributed fault for the hack to Dorsey’s mobile phone company.

“The phone number associated with the account was compromised due to a security oversight by the mobile provider. This allowed an unauthorized person to compose and send tweets via text message from the phone number. That issue is now resolved.”

Since the hack, all tweets have been erased from Carey’s account.

Read About: How to know your WhatsApp has been hacked.