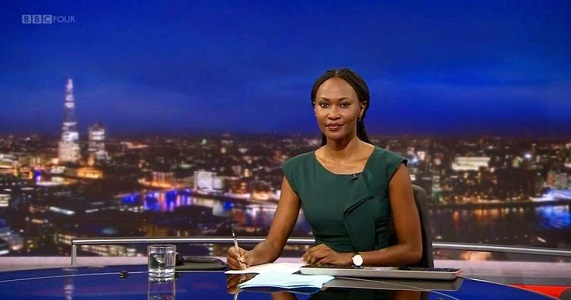 Ugandan journalist and business reporter Nancy Kacungira has been given a new programme to host at BBC World News.

The weekly programme, which Kacungira will present alongside Lerato Mbele, a South African journalist and broadcaster, is aimed at “showcasing some of the continent’s [Africa’s] most prolific business stories to global audiences,” BBC World News announced in Jan. 30 statement.

Set to air its first episode on Feb. 1, the show will feature interviews, debates and other deeply reported stories about the major changes in the business world in Africa.

“Each week, the flagship African programme from BBC World News will look at the major changes and developments taking place on the continent,” reads the statement.

“A magazine-style show, In Business Africa will consist of a mixture of interviews, discussions and informative features about a wide variety of business topics. With 16 BBC News bureaux across Africa, the show will also draw on the knowledge from an unrivaled network of correspondents.”

Nancy Kacungira, who has several reporting accolades to her name, including the Komla Dumor Award, entered the media world as a radio host at Kampala-based Power FM.

She has since worked with NTV Uganda, KTN News Kenya and KTN News Kenya. She’s also a co-founder of Blu Famingo, one of Uganda’s outstanding digital and marketing agencies, which has since been expanded to other African countries.

On her part, Lerato Mbele, who has more than two decades of experience in media, she has presented BBC’s premier programmes like Newsday and Africa Business Report.

She has also worked with CNBC, an American business news channel.

In the first episode, which airs on BBC World News at 1830 GMT on Friday, February 1, Nancy Kacungira looks at what it takes to develop products that are truly made in Africa, says the statement.

Must read: Taxify speaks on ‘closing business in Uganda’

It adds that the second episode will feature a report about Africa’s move towards cashless transactions, in particular, the growing number of fintech start-ups and the rise of internet penetration.

And in the third episode, the statement says, the programme will explore how major infrastructure projects are transforming transport.

Nancy Kacungira will report from Lagos, Nigeria while Lerato Mbele will be based in South Africa.

“There’s a growing appetite from global audiences for African news,” says Charlie Villar, Chief Operating Officer for BBC Global News. “With two of the continent’s best business presenters and some of the world’s most established African journalists, In Business Africa highlights our commitment to the continent by offering positive, high production value programming that clients can partner with.”

Through its various units, BBC employs a number of Uganda, including Patience Atuhaire, Catherine Byaruhanga, Paul Babikinga, and Allan Kasujja.

Ugandan animator teams up with Nigerian writers to take on Disney