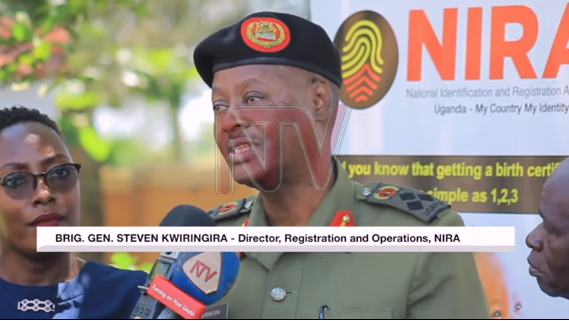 On Aug. 9, NTV Uganda ran a story with a headline: “All current birth certificates are invalid – NIRA”.

[NIRA is short for National Identification and Registration Authority]

The heading was quite unnerving considering what Ugandans go through to get these documents.

However, nowhere in the one minute and twenty-six seconds long clip does Brig. Kwiringira say that.

He was speaking at a stakeholder engagement meeting in Luwero District where the Authority was training officials in matters of birth registration.

To set the record straight Gilber Kadilo, manager Public Relations and Corporate Affairs at NIRA released a statement in which he notes that:

One, Birth certificates issued by NIRA following the enactment of Registration of Persons Act 2019 (ROPA) are valid.

Two, Birth Certificates issued by Uganda Registration Services Bureau (URSB) are valid legal documents as they were issued under the existing law at the time.

And lastly, the documents you pick from hospitals and any other office that’s not NIRA are mere birth notification records.

Hello Sudhir, see our press release for your reference. We believe the great (@ntvuganda) news channel aired good information but with a false, alarming and misleading headline. https://t.co/C3rxoftKY5 pic.twitter.com/p7iIxnJiGk

Read here for details on how to acquire birth certificates.