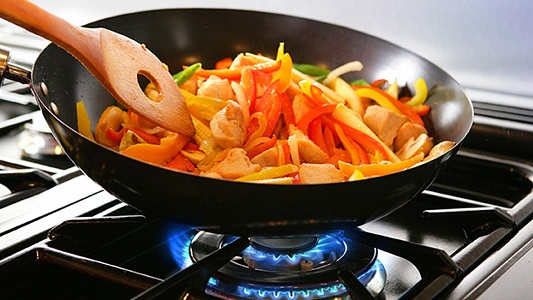 A Nigerian innovator named Oluwatobi Oyinlola has invented a device called Pay-as-you-cook meter to transform the application of liquefied petroleum gas, or LPG, in cooking while promoting environmental conservation.

Oyinlola’s smart device allows Rwandan citizens to pay for any amount of LPG they can afford instead of having to refill the whole cylinder at once which is expensive for the vast majority of the population.

The Pay-as-you-cook meter is embedded in the LPG cylinder so that the user and the distributor, using IoT, can track and monitor the consumption of the gas. With integration of a mobile money system, a consumer can pay, at any time, for any amount of gas for as little cost as 200 Rwanda Francs, according to Oyinlola.

The entrepreneur, who has spoken at TEDx and been recognized by powerful institutions such as the World Bank and SpaceX – has already got seed funding from German development agency and Rwanda Government to support him in scaling the system.

Oyinlola says they are also aiming at curbing deforestation and air pollution.

“We are incorporating with Gas suppliers to provide Pay-As-You-Cook method to make gas affordable for low-income earners and middle class. LPG has an upfront cost that low-income people often do not afford and, therefore, with our solution, they don’t need to pay for the upfront fees, they can just pay as they use or what they can afford,” he told The New Times in 2018.

In a recent interview with CNBC, Oluwatobi Oyinlola said they plan to expand the service to the whole of Africa if it becomes successful in Rwanda.

He also says the device can, in the future, be used in monitoring patient oxygen levels in hospitals.