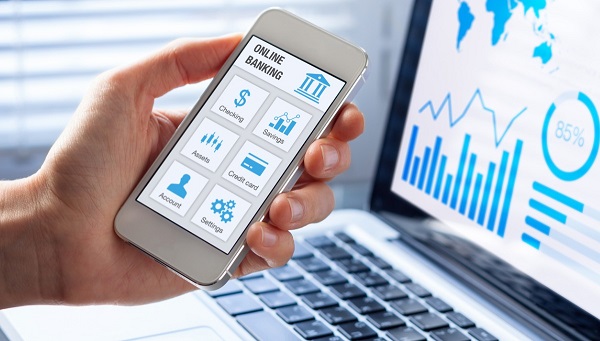 Over the past three decades after globalization and financial sector liberalization banking industry has grown rapidly with financial institutions providing online banking services and encouraging customers to do online banking transactions such as money transfer, access information about the account or otherwise as well as payment of monthly bills. During all this time Internet crimes and thefts are bringing on forefront issues of cyber security all over the world.

Again, in Developing countries, cybersecurity threats in the banking sector are becoming more pronounced and serious due to lack of financial literacy and awareness among customers.

There has been increase in reported cases of cybercrime in Rwanda. Based on BNR official data, the country has lost Rwf 257 million to cyber-attacks and other frauds in the financial sector. During the first quarter of 2015, the loss was estimated at Rwf174 million. According to the Governor of the Central Bank, there has been an average of 8,000,000 financial cyber-attacks attempts per year.

Although cybercrimes are threatening companies all over the world, the risk is higher for African businesses and banking sector. Again, Africa is relatively limited in terms of communications infrastructure. Due to the high penetration rate of new technologies, the continent increasingly a target for cybercriminals as most African countries still have a challenge related to cybersecurity.

The implications of cybersecurity issues are enormous. This discourages people from opting for online banking and thus affecting the competitiveness of banks in Africa.  People who already have a bank account are reluctant to adopt e-banking. It is also an obstacle to drawing those who don’t have bank accounts into the formal financial system.

Kenya, Nigeria and South Africa are among African countries that have already suffered millions of dollars in losses to cybercrime. Nigerian officials estimated the country’s institutions lost $630 million annually to cyber-attacks, theft and software piracy, nearly one percent of the country’s gross domestic product while online bank fraud more than doubled. In Nigeria, only 53 percent of the population is in the banking system.

Traditionally banks have been using paper-based identity documents or government-issued photo ID cards to identify and authenticate their customers. But this method of identification has been constantly forged by fraudsters as it is easy to print documents. Use of Biometrics has been becoming one of the most popular tools for managing cyber threats.

With biometrics, it becomes near impossible to use someone else’s identity. Banks around the world are increasingly opting for biometrics to authenticate customers accessing their services.

In America, many regional banks and credit unions are using app sign-on via eye recognition. Wells Fargo Bank offers an eye-scan option to corporate clients. Bank of America partnered with Samsung to begin testing the technology.

Most South African banks use multi-factor authentication (MFA), which requires some input from users in order to finally authorize transactions. The risk-based authentication systems that are currently trending are aimed exclusively at providing hassle-free transactions, and consumers are not asked to go to the bother of supplying added authorization.

E-Banking and Digital banking are some of the instruments of enhancing financial expansion, but due to issues of cybersecurity expansion, digital and online banking is being restricted. One of the issues is the lack of enough financial resources and skilled Professionals to check on cyber threats.

Enhancing cybersecurity should be a top priority among financial organizations to explore the full potential of E-banking. EY’s Global Banking Outlook 2018 reports 89 percent of banks rank enhancing cyber and data security as a top priority.

In developing countries, Monetary Authorities should adopt multiple approaches to enhance online and e-banking adoption. They should use technical tools like biometrics approach for big corporate customers and financial literacy enhancement for individual customers and small entrepreneurs. Again Cybersecurity laws and punishments should be clear and strengthened to reduce frauds and cybercrimes.

Dr. Jaya Shukla is a Kigali based economist and consultant.

The article originally appeared on The New Times under the title, E-banking and cybersecurity

Mutebile to banks: Cybersecurity must become a priority