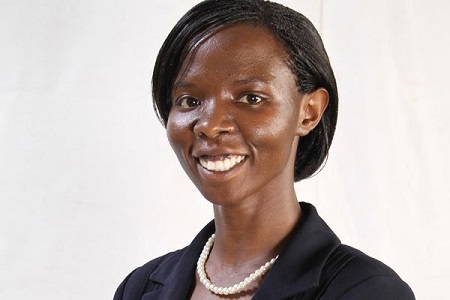 Following Monday reports which alleged that Ritah Namisango had been “fired” as the public relations officer (PRO) for Makerere University, Namisango has come out to clear the air on what the latest developments in the university’s Public Relations department mean.

According to Namisango, appointing Dr. Muhammad Kiggundu Musoke as the manager communications and international relations in the Vice Chancellor’s office doesn’t mean that she has lost her job.

She says that the position for Musoke, who is a former chairman for the Makerere University Academic Staff Association’s (MUASA) has been set up after merging “two (2) units namely: Public Relations and Communications Office; and the International Relations Office.”

Ritah Namisango has been heading the Public Relations and Communications office while the other office is under Martha Muwanguzi.

So, according to her, they (Namisango and Muwanguzi) will remain to head their units but will now report to Mr. Musoke.

In a January 29 letter seen by this website, the Vice Chancellor, Prof. Barnabas Nawangwe appointed Dr. Kiggundu in an acting capacity for one year contract.

Dr. Muhammad Kiggundu will be required to offer secretarial support to the office of the Vice Chancellor in communications, for instance, organise monthly press briefings as well as write news articles, reports and periodicals about the University operations.

Dr. Kiggundu is also in charge of monitoring and reviewing the coverage of the university in the media and any other duties as may be assigned to him by the VC or any officer designated by him.

While appearing before the parliamentary committee on Education and Sports in April last year, Makerere University Vice-Chancellor Prof Barnabas Nawangwe said that the institution is considering to review the Public Relations department following concerns of underperformance.

Prof. Nawangwe’s move is seen as aimed at creating an alliance with Dr. Muhammad Kiggundu who was one of the most staff leaders at the university as he attempts to implement changes at the public university.

Norwegian firm commits Shs7.4bn to IT skilling in Uganda