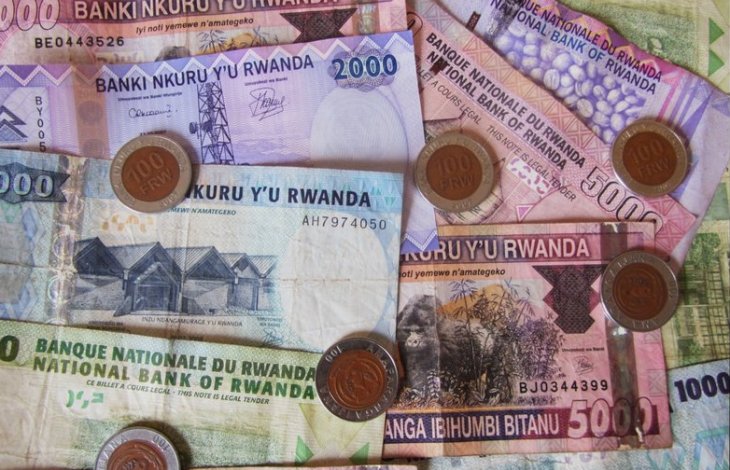 Blockbonds together with I&M Bank Rwanda, yesterday officially announced the rollout of the first blockchain based platform, SPENN.

The platform is a mobile banking application that will enable Rwandans to make a range of financial transactions.

SPENN was developed by Blockbonds, a Norwegian financial technology company that is working to formally financially include the unbanked population which remains relatively high in the country.

The application allows smartphone users to transact and pay for goods and services.

Unlike many other blockchain technology platforms, SPENN uses a different model whereby it removes the need for cash by digitalising national currencies.

With Blockbonds partnering with I&M bank, it means that they are the first financial technology players to digitalise the Rwandan franc. It also means that people, regardless of whether they are customers of I&M, can now own a SPENN account.

As a user, after downloading and registering with the app, you immediately have a digital account and the ability to transact and interact with others in the financial system.

All services through the platform are free.

Blockbonds CEO Jens Glaso said that their firm is trying to create a way of transacting legal tender using a blockchain-based accounting system, which they believe will enable more people to get financially included.

“What we are doing is financial inclusion. This is what SPENN is. We are going to markets to enable people to easily transfer money from one another as well as pay for bills,” he told the press at I&M bank offices in Kigali.

Using blockchain technology, Blockbonds is bringing ease in transacting as SPENN account holders are able to keep track of the transactions and funds on their accounts.

Rwanda is their first marketplace, but Glaso told The New Times that they were in advanced stage to launch in Kenya, Tanzania, Mauritius, Namibia, and Botswana among other potential markets.

Robin Bairstow, the bank’s managing director, the bank is working to replace physical cash with digital cash, which they say is critical in realising the country’s bigger vision to achieve the cashless economy by 2020.

“I think we are one of the first banks in Rwanda and Africa to use technology like this, to replace physical currency with digital currency. This is also part of supporting the Government’s vision of going cashless by 2020,” Bairstow said.

The mobile banking platform doesn’t only target the unbanked but also the banked to ultimately bring efficiency and effectiveness in the way people transact and make payments in the country, he added.

According to Glaso and Bairstow, every user of SPENN is able to perform cost free money transfers, cost free payments in stores, and cost free cash-out and deposit at any I&M bank branch throughout the country.

On the level of security, a user has a pin-protected digital account upon registering with a national identity card which is matched with his or her mobile phone.

Bringing more people on board

The bank, together with Blockbonds, are also targeting to attract more users. To achieve this, the bank is making an initial investment of USD 50,000 into a reward programme where existing users of SPENN application who help register new users can get a certain commission fee.

Already, they say, there are more than 500 retailers across the city of Kigali that have signed up with SPENN, but the overall target is to get more retailers sign up and integrate more services into the system.

In regards to impact, the bank Bairstow said anticipates to raise their deposit base as more people adopt the system.

The bank’s latest financial performance report indicates that its deposits increased by 30 per cent in 2017, equivalent to Rwf209 billion.

The World Bank’s 2017 Global Financial Inclusion Index (Findex) survey which was launched in April, found that 800 million people gained access to the world’s formal financial system between 2011 and 2017.

The Findex showed that technology, specifically the spread of mobile phones and the use of mobile internet was largely responsible for the 18 per cent drop in financial exclusion among the world’s adult population.

However although SPENN seems a viable solution, some financial experts say that this may not be a relevant solution meant for people in rural areas where most people have limited or no access to financial services as well as smartphones.