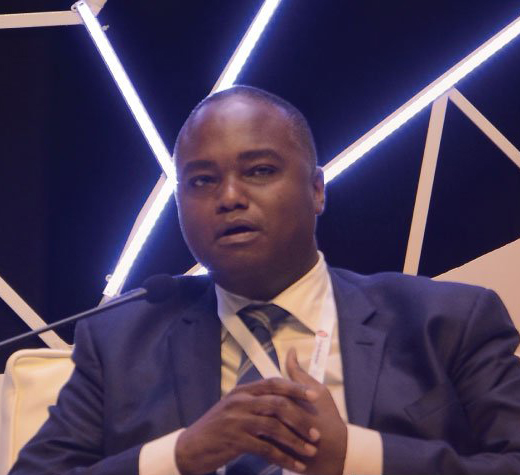 The Chief Executive Officer (CEO) of Stanbic Bank Uganda, Patrick Mweheire endorsed the idea of the banking sector using blockchain, a technology that allows multiple parties to simultaneously access and share information, saying it would help the industry in “many, many ways”, including accelerating efficiency and reducing expenditure.

“Banking in general requires a lot of contracts, a lot of verification, a lot of information that has to move across different networks so there is a lot of costs … and friction along the way,” said Mwehweire.

“Blockchain provides an opportunity for banks to actually move back and remove that friction.”

Blockchain is a constantly multiplying collection of records also known as blocks, which are linked and secured using cryptography.

By design, the blockchain system facilitates a peer-to-peer communication, allowing users to send value anywhere in the world where the blockchain stored database can be accessed.

The details of the transfer are recorded on a public ledger that anyone on the network can see, eliminating the involvement of middlemen in the transfers, which, proponents argue, rules out the issue of abuse by a central figure and creates trust.

Because of its decentralized mode of operation and its disregard for third parties, advocates argue, the technology can improve execution of activities and it can be potentially applied in various record management activities like identity management, transaction processing, documenting provenance and voting among others.

Application of blockchain in financially technology is seen is a viable option, and some of the biggest banks across the world, including UBS, Barclays and JPMorgan are already testing various approaches to see if the technology could offer a cost-cutting opportunity or turn out a potential threat that could throw them out of business.

There are more than 300 technology start-ups, mostly in the US and UK, developing ideas for how to make blockchain work for financial services, according to multiple reports.

Due to its ability to create an unforgeable record of identity, including the history of an individual’s transactions, blockchain is seen by observers as a solution to increased cases of cybercrime.

The advocates of blockchain technology say that it can help banks improve efficiency and reduce on costs spent on settlements and payments, crackdown on fraud, solidify the verification process and boost the transaction of syndicated loans, which take several days to process.

Giving an example of fraud reduction, for instance, more than 40 percent of financial transactions like stock exchanges and money transfer services are affected by economic crime every year.

Unlike the current banking system which is centralized, and a failure at one point could make the whole bank’s data base vulnerable, the blockchain distributed ledger format makes the system more separate and it can’t be crashed by a failure at a central point.

There are many other uses like these that have prompted Mweheire, who is also the chairman of the Uganda Bankers Association to support the incorporation of the blockchain technology in the banking sector, urging banks to give it the benefit of the doubt.

He illustrated this with an example of Mobile Money which banks had initially opposed, but later found out could be partnered with to ease their services in areas where they could not reach through mobile banking.

“In my view mobile money is a small blockchain; it is important in low value transactions. It has helped in enabling transactions where banks could not reach through partnerships through mobile banking; but it took us a while to get that,” he said.

“I haven’t a lesson, and the lesson is that you must embrace everything that comes at you, because there is always a silver lining.”

The investment banker also gave an example of settlement of securities, a transaction that normally takes three working days; though the days appear few, he said, anything could happen within the banking process, posing a couple of risks.

But with blockchain, he observed, the process “simultaneously happens.”

“So blockchain provides a massive opportunity for banks to reduce a time of service, to reduce costs, to reduce capital in many, many ways that actually provide huge benefits to banks. So, I am converted,” he said.

“On behalf on Stanbic and the people we work with, we are ready to go.”

He was speaking on Thursday at the first ever African Blockchain Conference, which started on Wednesday at Serena Hotel in Kampala and attracted over 700 guests from 23 countries, according to organizers.

The bank executive, however, asked developers to look into some of the criticism that has been directed at the technology, for instance, issue to do with regulation and security.

The developers of blockchain and cryptocurrencies still need time to convince governments and other stakeholders on how its decentralized distributed ledger databases can be maintained secure and clean.

This has seen many critics like the Governor Bank of Uganda Tumusiime Mutebile argue that such could propel “illicit transactions such as money laundering” and also enable financing criminal activities like terrorism.

Countries that  are already big in blockchain technology are working on ways to regulate them for usage, and during the conference at Serena, Uganda’s ICT minister Frank Tumwebaze said a team to advise government on policy formulation and regulatory framework would be rolled out next week.