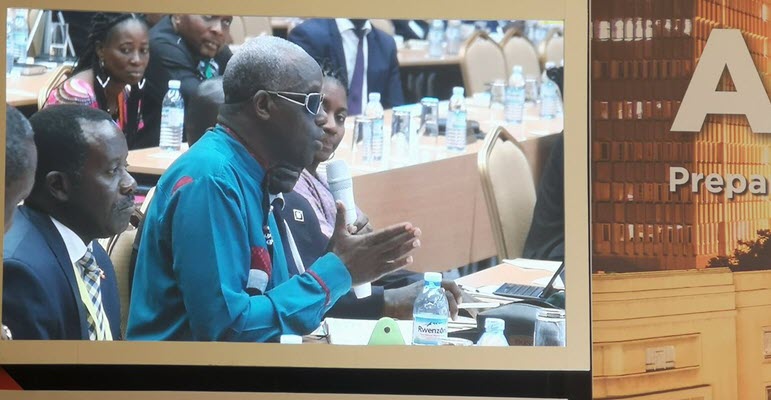 Welcome to the Wednesday edition of the SautiTech Briefing

The prestigious conference, which is also featuring a tech expo and a pitching competition, is focused on 4th Industrial Revolution, looking at how Africa can be part of the revolution.

As different speakers aired their views, Uganda’s Minister of Security Gen. Elly Tumwine called on the delegates and experts to think deeply on how Africa can formulate policies that will help in dealing with some of the threats that the Internet comes with, especially in the security sector.

According to Gen. Tumwine, technology has given too much power to people, citing how one hacker can develop a virus or any cyber-powered weapon that could have a tremendous effect on the globe if executed.

In Uganda, several steps have been taken to improve cybersecurity, with a recent report ranking the East African nation as number one on the Africa continent in cybersecurity management.

According to the National Cyber Security Index 2018, Uganda made significant strides in cyber threat analysis and information management, protection of digital services, education and professional development and fight against cybercrime, among others.

The National Cyber Security Index is a global index, which measures the preparedness of countries to prevent cyber threats and manage cyber incidents.

President Yoweri Museveni also recently assented to the Data Protection and Privacy Act, paving the way for authorities to maintain sanity in the use of electronic media services.

The law, which expands the mandate of the National Information Authority Uganda (NITA-U), will protect the privacy of the individual and of personal data by regulating the collection and processing of personal information.

Ugandan-grown ride-hailing firm SafeBoda is reportedly taking long to expand to Nigeria after its Series B investors have objected to its expansion strategy, reported techpoint.africa, a Nigerian tech and startup news publisher.

In May we reported that SafeBoda had collected a Series B round, with major participation from Allianz X, the digital investment unit of the Allianz Group, a German multinational financial services company and Go Ventures, an investment unit of GoJek.

This came after SafeBoda had hired Babajide Duroshola, a former Andela manager, to head its operations in West Africa’s populous nation.

But, according to the techpoint.africa report, SafeBoda wants to expand to Nigeria with the model it’s been working with in Kenya and Uganda, where they only recruit Boda riders that already own motorcycles unlike in Nigeria where ride-hailing companies support riders in acquiring motorcycles.

Speaking to Alastair Sussock, the company CEO and co-founder — the publisher was told that the launch is still on course.

On the other hand, SafeBoda’s delay to launch in Nigeria could have been influenced by the sudden developments that happened in the country. In the aftermath of reporting about SafeBoda’s expansion to Nigeria, GoKada and Max, which are the biggest players in the sector, raised significant funding rounds. Opera, the browser maker, also entered into the sector.

SafeBoda could be delaying to re-strategize or even cancel the move.

Press release — Dutch technology startup, Talk360, has partnered with mobile top-up platform Ding, in a venture that will make the former available at thousands of retail stores worldwide.

An expansion of this size brings Talk360’s presence to over a million retail outlets in the world.

Hans Osnabrugge, CEO Talk360: “This is an important step for us in our goal to make relevant technology accessible to everyone. Customers all over the world can now top up Talk360 call credit online via Ding.com, and offline in the retail stores.”

To kick off the partnership with Ding, a significant marketing campaign went underway in Paris this week, launching over 300 retail shops.

Each outlet advertised Talk360 by using the specially created Talk360 and Ding promotional material, and street agents promoted awareness on the benefits customers stand to gain from this partnership.

Declan Burke, Business Development Head, Ding, Europe & Africa: “Ding is about helping the diaspora to stay connected and support their families and this partnership represents an opportunity to do just that. The addition of Talk360 will help our customers to stay connected with family and friends when they are far from home, and we are happy to be part of the journey to help them do that.”

The partnership is the start of a global collaboration between two companies that already have large footprints in the technology world.

Hans Osnabrugge: “We believe that reliable communication and digital services should be affordable and accessible to everyone. By expanding the number of points of sale with Ding’s retail stores, our call-app will be accessible to a whole new group of people. From now on, that group will be able to use Talk360 to make international calls to stay in touch with family and friends all over the world.”