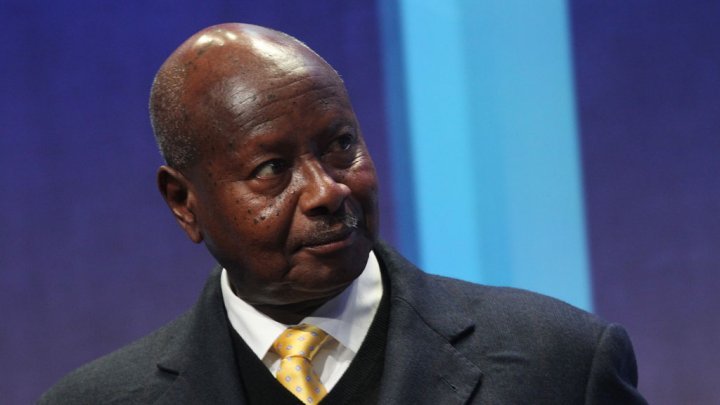 Following the grisly murder of the legislator Ibrahim Abiriga in a Friday shooting, President Yoweri Museveni announced that government could pass a law directing every vehicle owner in Uganda to acquire a location tracking device.

I prefer that we use our intelligence to fight crime and I request the public to cooperate with our security agencies. Also, we might ask that all vehicles and motorcycles have tracking devices to help us locate them.

According to President Museveni, such a move would help authorities to track criminals who commit such crimes and evade capture. The murder of Abiriga comes just a year after Assistant Inspector General of Police Andrew Felix Kaweesi was shot dead by suspects who were riding on a motorcycle. Abiriga is said to have been killed in a similar manner.

Several other high-profile murders, in this country, have been executed by armed men riding motorcycles and, in most of the cases, perpetrators are yet to be brought to book.

Whereas the idea of exploiting such sophisticated technologies in fighting crime sounds impressive, the President has been known, in the face of such gruesome events, for making promises, with the most recent (before this) being installation of CCTV cameras, but most has never matured.

And this one comes with a number of limitations, especially the issue of privacy since most people wouldn’t want to have their lifestyles tracked by unknown people. The bill on data protection and privacy is already in parliament pending approval.

In countries like India, where the system is already in motion and limited to public vehicles, citizens rejected the proposal of installing cameras in public transport means and they harmonised on using only GPS and panic buttons.

Another issue is that, to implement such a project, it would mean government assigning a specific budget for it or tasking citizens to pay for the process. (To install CCTV cameras in major towns across the country, government asked for a budget of more than Shs60 billion.)

Uganda has hundreds of thousands of vehicles and there are those which are smuggled into the country (which is another problem, when it comes to registration); As of 2014, Uganda’s vehicle population was put at over 500,000 and that the country was adding on 10,000 more cars to the lot yearly.

To be able to track vehicles, it would be registering all of them. But this would also put some people in danger since a criminal can steal someone’s vehicle and use it to commit a crime.

Below are some at some of the reactions from the public as posted on social media.

Criminals tends to use stolen vehicles, so am also finding a hard time understanding how this tracking device thing is supposed to help curb the rampant murders. Unless we're gonna be tracking car thieves

Cyclists with untagged motorcycles to be arrested and heavy punishments instituted against them.tracking system will be useful after tagging.we also do a lot of sensitization of the public so that they vigilant.incentives to be given to the people who assist in reporting crime

Who provides for the tracking decides, and who pays for them in our small economy?? Just admit that you've failed to do any more good for our beloved Uganda. Please go and rest

Mr President y u have accepted murderers in the district when you're President ????? And u didn't accept when your not president pic.twitter.com/c3sSi7B6tr