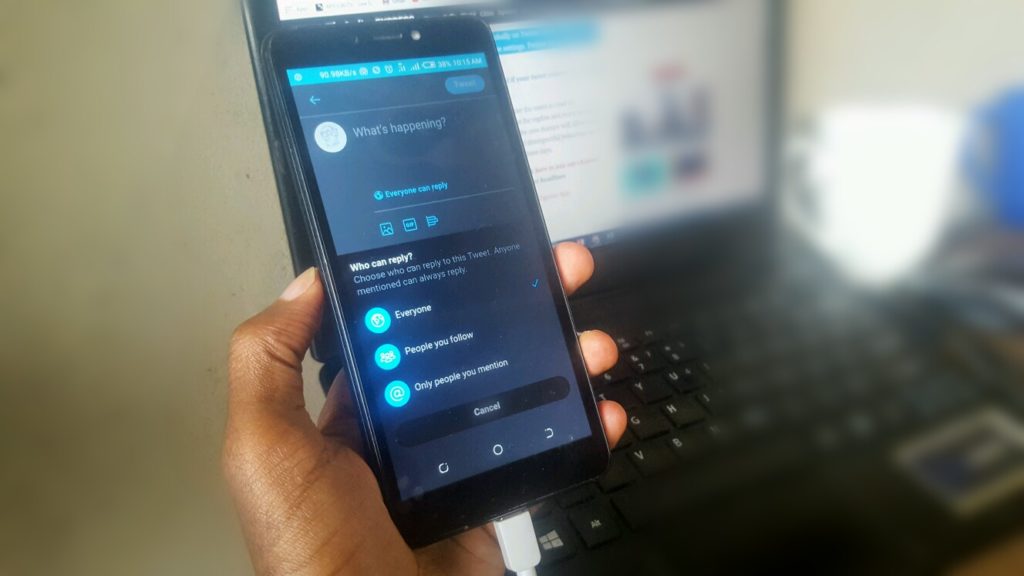 The openness on Twitter lets everyone, including people you don’t follow or who don’t follow you, to reply or write their opinion on your tweet. Much as it’s fun and engaging, it creates trouble reaching your target audience and impacts the meaning of the message put out. If you are the kind that does not like everyone responding to your tweets, a saviour could be here.

Twitter is working on a way for you to control your tweets and the replies on them. Users are in control of who can respond to their tweets and who can’t. This allows you to easily allow a limit on your tweets to a specific group of people and do away with unwanted replies.

To schedule a Tweet, press the calendar icon in the “What’s happening?” box. Choose a date and time for your Tweet, write something witty, and press the schedule button. You can schedule multiple posts at a time, and edit or delete your scheduled posts from the Drafts window.

You can schedule multiple Tweets at a time and edit or delete scheduled posts from the Drafts menu. Scheduled posts sync across devices, so you can write a Tweet on your phone and delete it on your computer.

Good enough, everyone will be able to see the conversations, but won’t have the right to engage in. How? Tweets with the last two settings will be labelled and the reply icon will be greyed out so that it’s clear for people that they can’t reply on the specific tweet. People who can’t reply will still be able to view, Retweet, Retweet with Comment, and like these Tweets.

Twitter also added a Drafts tool to its website. When you try to cancel a Tweet, the website will ask if you want to save it to Drafts. But for the time being, Tweet drafts saved to desktop won’t sync to the mobile app, and vice versa.

Read About: How to set a bedtime reminder on YouTube