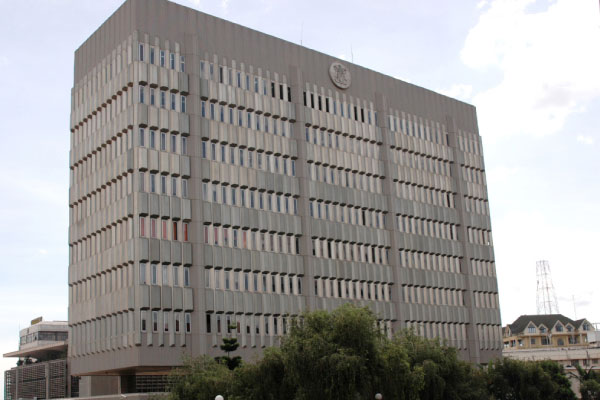 Blockchain is on target to disrupt the world’s financial system, as the secure technology allows faster and more cost-effective processing of transactions through a shared digital ledger that can be recorded and verified electronically.

“Every bank in the world is testing some sort of blockchain or similar electric technology,” said Pete Woodard, CEO of IBC Group, a global ICO consulting and blockchain development company.

-It will reduce the cost of cross-border transaction fees. This will have major institutional and political implications for un-banked populations in unstable economies.

-Smart contracts enabled by blockchain technology will streamline the settlement and titling processes for financial transactions that involve the exchange of goods and services.

-While blockchain technology is promising, the main downside is its scalability. Transactions on a blockchain platform are currently limited to seven transactions per second. This will be the most significant risk factor and barrier to entry for the deployment of blockchain protocols in the fintech sector — most notably as it pertains to global payments and other high-volume transactions.

The benefits of blockchain for the financial industry include faster clearing and settlement of transactions, which means that banks can lend out money quicker than before. It also reduces the amount of human labor around transactions.

Transparency, security and cost savings are additional benefits of blockchain, and savings in identity management could be huge.

Blockchain will help banks more easily verify someone’s identity, with permissions set up via the technology. It will be easier, and more cost efficient, for individuals to do transactions within a network and a financial institution once they’re using blockchain.

“There are a lot of players getting involved in this — the folks of Goldman Sachs, some of your large telecom providers. They’re actively participating in this space to solve this billion-dollar problem of how do we verify people’s identities, because banks are spending a ton of money complying with anti-money laundering legislation,” Jones said.

But there’s also a risk to banks, which have traditionally operated as a trust mechanism, because blockchain eliminates the need for a centralized party.

Woodard said, “Say I have $10 and you’re receiving the $10; the bank is in the middle to validate that I have that and you’ll receive it. So the trust that a bank provides, §the fee that it derives, can be replaced by blockchain. Maybe that’s not all of the services a bank offers, but it’s quite a lot.”

Dafeng Guo, co-founder of EOS Asia, said, “I think this is going to stay with us for a long time, because if we can achieve certain business transactions or financial transactions, whether it’s a bank transfer or any financial operation that does not need a central party anymore, then it means all the money that we previously gave to the banking system, or the central party, we don’t need to pay these people anymore. It’s led us to look at certain industries in a very different way.”

There is time for banks to prepare. Until blockchain reaches scalability, it won’t undergo mass adoption. And federal regulations prevent fast adoption of blockchain that would lead to scalability.

“Until the legislative environment evolves to accommodate the technology and shows understanding of the protocols, these firms are going to be restricted in how they adopt and innovate. A lot of what we are seeing in the market now is testing. I think we are years away from deployment,” Jones said.

The financial industry is, by its nature, conservative, so while investment banks are interested enough to test blockchain, they will run a proof-of-concept and wait until the technology is mature before they deploy it to customers, Woodard said.

Woodard said he expects banks will start in fintech and roll the technology out to a small group of customers, and if the technology is proven to work for that group, it will be rolled out to the core platform. “Some banks will say that they’re coming out and testing, others that they’re not, but I know most, if not all, have either public or internal projects that they’re testing. And they’ll find a very small portion of their business that they can test on first. If that works they’ll roll it out to broader sections of the organization,” Woodard said.

According to Maryanne Morrow, CEO of 9thGear.io, “Blockchain technology is barely at the beginning of transforming financial markets. So much of what exists today in terms of processes and regulations is simply the result of the history of transactions — mostly securities transactions — and the institutional and regulatory inertia that developed over time. Blockchain is a revolutionary technology which will not simply allow, but force, financial transactions to be executed in a more efficient manner.”

“Tokenization will happen, but not quite yet. Ironically, while many are focused on the ‘tokenization’ of these processes, it seems unlikely that financial institutions, their regulators or central banks are ready to make that leap at this stage. It will be a multi-step process to overcome that inertia, but it is inevitable,” Morrow added.