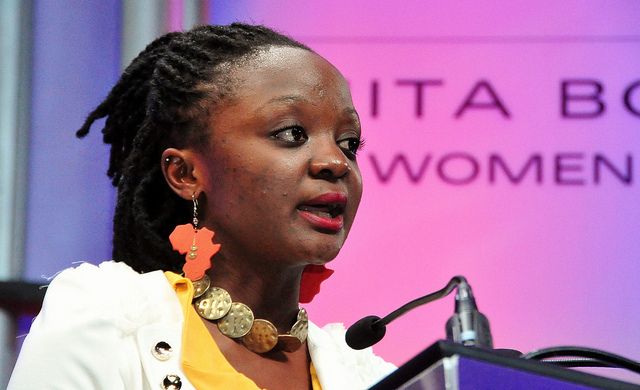 Ugandan techpreneur Evelyn Namara is among finalists in an award program organized by the Africa Women Innovation and Entrepreneurship Forum (AWIEF).

AWIEF Awards are organized to celebrate women leaders and entrepreneurs in Africa.

The Pan African initiative is sponsored by top firms, including Shell, CTA, Nedbank, Bank of Industry Nigeria, AGRA, and the City of Cape Town.

Namara is the founder of Vouch Digital, a software that uses data and digital payments to transform cash-based programs in Uganda and beyond.

In 2018, she was named among the Most Influential People of African Descent (MIPAD) alongside prominent individuals like Blank Panther’s Chadwick Aaron Boseman, and Prince Harry’s wife and former actress Rachel Meghan Markle.

The 2019 AWIEF Awards are in different categories and Namara is in the category of AGRI ENTREPRENEUR AWARD.

The 2019 AWIEF Awards winners will be announced at a gala dinner on Oct. 30. This will be during the 2019 AWIEF Conference and Exhibition.

It will run from 29-30 Oct. at the Cape Town International Convention Centre, Cape Town.

The theme this year is: ‘Enhancing impact: digitalization, investment and intra-Africa trade’.

“Women-owned businesses are a vital part of our African economy and the women of Africa are our most valuable, untapped resource,” commented Irene Ochem, AWIEF Founder and Chief Executive Officer.

“Each year the entries to the AWIEF Awards grow in number and this response signifies the importance of recognising and celebrating women in Africa for their achievements and contribution to Africa’s economic and sustainable development.”

The AWIEF Awards Panel of Judges is made up of high-calibre industry experts and thought leaders spread across the continent.

See all the finalists here