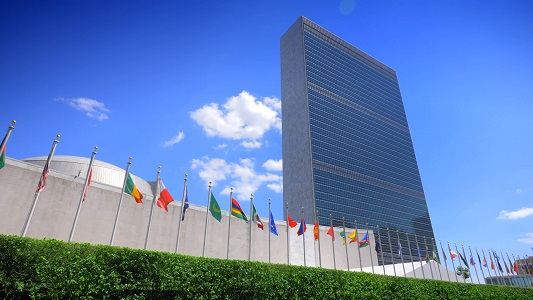 Public Taxi Uganda, an application developed Cavendish University students to improve the safety and security of people using commuter taxis in Uganda, has qualified for the 2019 Hult Prize Regional Summit.

The startup is made up of four students led by Kenneth Muhereza.

The finalists for the 2019 Hult Prize Regional Summit, Nairobi, were announced Tuesday afternoon. They are from different universities around Africa.

Apart from Public Taxi Uganda, the Pearl of Africa will be represented in Nairobi by four other teams from Kabale University (2), Makerere University (1) and International University of East Africa (1).

Elizabeth Akampereza and Peter Bamuhangire are from Kabale, Daniel Mukose is from Makerere, and Norbert Mwebaze is from the International University of East Africa.

Hult Prize Foundation Founder and CEO, Ahmad Ashkar in a letter to Public Taxi Uganda revealed that over 200,000 teams from over 120 countries applied to participate in “this game-changing initiative.”

The 2019 Hult Prize Regional Summit-Nairobi will start on Friday, April 19, 2019, with “an introduction to this year’s challenge, presented by impact entrepreneurs and members of the Hult Prize challenge team and organizing committee,” according to Ashkar.

Must read: Financing Ugandan startups/SMEs: investors too few or entrepreneurs too many

“You(startups) will also be hosted by leading entrepreneurs and business executives from some of the world’s most innovative companies and startups who will lead a Q&A, followed by a training session and a networking mixer,” Ashkar wrote to Public Taxi Uganda.

On April 20, the over forty teams that qualified for the 2019 Hult Prize Regional Summit-Nairobi will face judges and the winner will be announced on that day. The event will end on April 21st.

After regional competitions which will be held in different countries across the globe, winners from each region will proceed to the summer Hult Prize Accelerator at the Ashridge Castle – “a world-class center for innovation and entrepreneurship.”

The final competition will be held on September 2019 at the United Nations HQ in New York City and the winner will walk away with the US1M Hult Prize (about Shs3.7 billion).