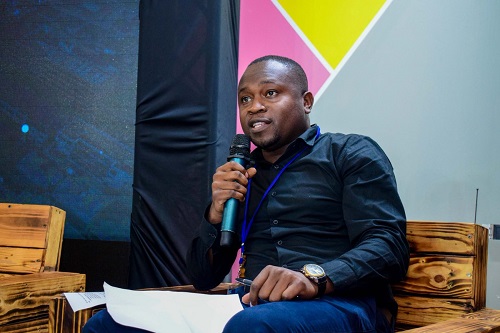 In 2010, Hive Colab opened its doors for startups in Uganda, with a vision of “cultivating and scaling ideas with positive social impact.”

All available records show it was the first tech hub in the country.

A year later, another hub, WITU, this one focusing on empowering women entrepreneurs and technologists, was also opened.

Seven years later, reports say there are close to twenty technology and incubation hubs in Uganda.

Others have also been set up in other cities like CamTech and a branch of Hive Colab in Mbarara, plus Host Hub, which was opened by the Community Development Center in Arua this year.

These hubs are known for providing collaborative workspaces, giving startups access to a mentor base, seed funding, venture capitalists and angel investors, dedicated business training, as well as visibility via networking and pitch events.

While these innovation hubs have the same goal of boosting Uganda’s technology and startup ecosystem, their founders were inspired by different things.

In June of this year, Lyn Tukei and Joanitah Asimiire, finalists of Journalism and Mass Communication (undergraduate) at Makerere University, moved to some of the hubs to talk to the founders about what inspired them to venture into this rare field.

Japheth Kawanguzi, the founder of the Innovation Village said there was “there was a lot of unexplored potential [in the technology space] that wasn’t being tapped in.”

For Richard Zulu, the founder and lead, Outbox – he had been involved in various projects, while at the university, that brought together software developers.

One such group, Google Developers Group (GDG), is still a popular circle for developers in Kampala.

In the conversation, Zulu said he organized the first hackathon in Uganda called Garage48, which was supported by MTN and Google and had more than 70 participants.

One of the teams from the hackathon would go on to scoop an award at the Mobile World Congress, the world’s largest exhibition for the mobile industry.

After completing university, Richard Zulu realized there no “structured methodology” of supporting developers, let alone taking their products to market.

In 2012, he pitched an idea of creating such an environment to Google, and the multinational bought it, “offering seed funding.”

In January of this year, Hive Colab, founded by TMS Ruge and Barbara Birungi, set up a branch in Mbarara, Uganda’s third biggest city by numbers.

When we asked him if they had plans of expanding to more cities in the country, Ruge said: “Tech innovators are everywhere, and we want to find them where they are most comfortable – so, expanding to the rest of the country is a natural next step.”

Hubs are critical component of growth

According to Kawanguzi, the world over, technology hubs, being spaces “where technology that goes on to solve the challenges that we have emerges” are a “critical component of growth [and] development.”

In June of this year, while delivering the State of the Nation Address, 2018 at Serena Hotel in Kampala, President Yoweri Museveni said that the ICT sector had registered the highest growth at 7.9% per annum in the country’s economy he said was “growing reasonably well.”

Multiple reports indicate that ICT is the biggest factor of growth in most economies globally.

This past month, The Innovation Village hosted the Kampala Innovation Week, an annual event that brings together startups, investors, innovation hubs, government agencies among other stakeholders in the ICT sector to discuss the ecosystem.

It was at this function that Richard Zulu announced that four innovation hubs — Hive Colab, Outbox, Innovation Village and Resilient Africa Network – were embarking on a project to collaborate and co-create under what they have codenamed the Business Innovation Consortium Uganda.

The Consortium, according to Zulu, who was representing the quadruple, has a vision of transforming society through entrepreneurship and innovation, fostering job creation and employment in line with global priorities (Sustainable Development Goals, or, SDGs) and Uganda’s Vision 2040.

They will achieve this by advocating for resources and an environment that is needed to champion the technology revolution Uganda aspires to achieve.

Though they launched the project as four hubs, Zulu said they are open to other hubs.

The hubs, Zulu said, feel that after “converging our resources together we can definitely move the needle.”

This sentiment was reechoed by the ICT and National Guidance ministry Permanent Secretary Vincent Bagiire at the same function.

He told the innovation hub founders that it would be easy for the government to support them if they were working together.

“Our view is that when we collaborate, we shall tap into each other’s skills. For us to work with the innovation hubs, you must collaborate because the government is not in the business of competition; we’ve nothing to compete for — we’re government anyway,” he said.

Must Read: Tech hubs and co-working spaces in Uganda: What they charge for space

“Why is it important? There could be a team here working on a health system and my colleague, the Permanent Secretary of the Health ministry wants a health system. It makes sense that all of you who are working on health in the different hubs sit together and see if you can develop this unified solution that government can then adopt and probably support, buy into it and eventually ensure that there is sustainability beyond a smaller idea that you have. That’s where we come in as the government; to work with you and also define in a systematic manner what the sectors may want.”

The consortium is looking to partner with different stakeholders, including governments, investors, international organizations, academia in order to drive research and learning based on the needs of the ecosystem as well as publish what goes in the ecosystem.

They also help to work with the government on policy formulation. Zulu revealed that they were already working with the ICT ministry, which has already funded six innovation hubs.

The ICT ministry early this year also worked with innovation hubs to select 12 startups to benefit from the first round of the National ICT Initiative Support Program (NIISP).

Another reason that prompted this initiative was what Zulu described as “misrepresentation” of the Ugandan startup ecosystem.

He gave an example of where a report that said that Ugandan startups had raised a total of US $260,000, yet he knew a company at his hub that had raised US $500,000 in that year.

This, he says, hinders attraction of investment since willing partners might look at the market as dull and unproductive.

There are close to 300 startups in Uganda incubation hubs, raising over 6 million US dollars in a year, according to Zulu.

As incubation hubs plan for growth, there are still some challenges that they have to deal with, one of the major ones, being high internet costs.

A recent report showed that Uganda had the most expensive internet in East Africa.

This largely makes the innovation space more expensive and more importantly, fewer consumers will be reached because of low internet penetration.

A 2018 Finscope Uganda report which was released in June showed that adult Ugandans, those above 18 years living in rural areas are significantly less likely to have mobile phones and access to the internet than adults living in urban areas, making it less likely to be financially included.

Though the report indicated that the number of financially included people had improved with the increased penetration of mobile money, the usage of digital payment services on a daily basis was still low.

For instance, according to the survey, only 9.7 million people in a population of 40 million have mobile phones.

only 1.9 million of the 9.7 have access to the internet and can be reached digitally by financial service providers.

Joyce Mbabazi, a publicist for Hive Colab, talking to Asimiire, said that startups are still finding it “break through the market” since people are yet to fully trust, buy into and embracing technology.

According to Zulu, most techpreneurs in Uganda have growth mindset challenges, i.e., they are mostly focused on developing a product, without a growth strategy.

Must read: How Ugandan startups could be failing themselves

Innovation hubs have started acceleration programs and other projects to help startups deal with such challenges.

The economy is also still small and this is also compounded by the small population of Uganda. The most vibrant markets in Africa like Kenya, Nigeria, and South Africa have big numbers.

The academic institutions also produce graduates that are not “industry ready”, according to Zulu, making it hard for startups to get people to work with. They have to spend more on training them.

Outbox has also rolled out a project called Outbox Edu in that regard.

Despite these challenges, like Kawanguzi has said: “we [incubation hubs] have managed to demonstrate the potential of innovation for society and industry.”

This can be seen in a number of some of the companies that have grown from these hubs and went on to expand to international markets.