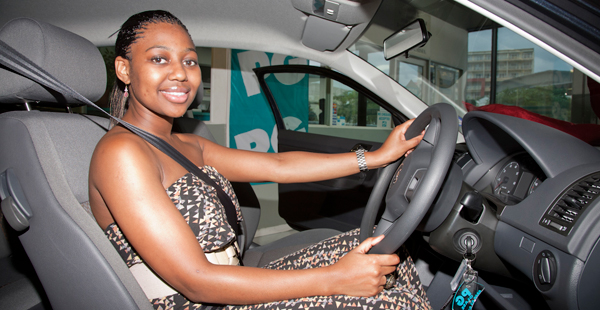 An Nisa means for women in Arabic, and the company founder Mehnaz Saarwar says she started the app to empower women in a male-dominated industry.

“It’s more about women empowerment, it’s more about getting the women their own platform; it’s a very male-dominated business,” Saarwar told the BBC in an interview.

Most ride-hailing companies including the world’s most powerful like Uber and Taxify do not offer a passenger an option of choosing the gender of the driver that should pick them.

Well, apart from if you keep canceling requests until a name of a female driver pops up; but most of the drivers are male.

On top of this, there have been reports of female passengers being sexually harassed and assaulted by male drivers.

Saarwar says this is what mainly inspired her: to create a safe environment for women.

Must read: SafeBoda reveals next country it is expanding to after Kenya

The company is already operational in Nairobi, with more than eighty drivers already registered on the app, which will be used only by women and children.

An Nisa is not the first ride-hailing service focused on only women. A couple of others have been launched in other countries including the US and Europe.

However, some of them have faced serious resistance to the extent of shutting down, with critics citing gender discrimination.

But most of the female passengers celebrate the initiative.

“I’m more comfortable being driven by a female driver; you feel more secure, safer, and women drivers are more cautious when it comes to driving,” a passenger using An Nisa told the BBC.