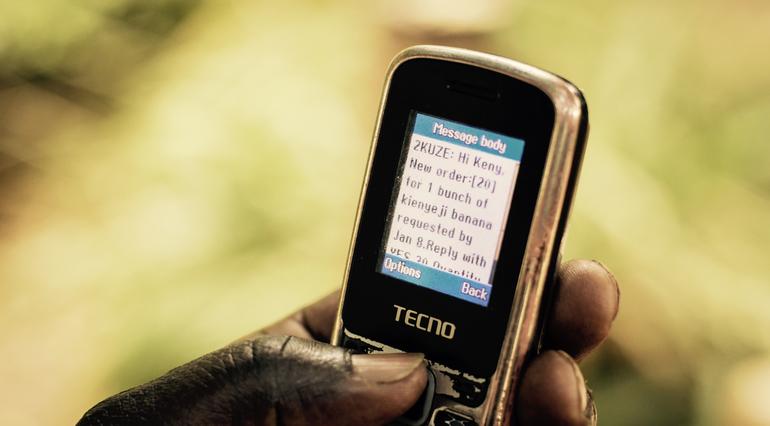 Innovators in Uganda targeting agribusinesses have been advised to develop simple technologies that can easily be embraced by farmers in rural settings.

Mr. Godfrey Kajjubi, the in-charge of events and communications at Makerere Innovations Centre (MIC) in an interview with this reporter on Wednesday called on innovators to understand the primary users of their innovations before unveiling them on the competitive market.

“Definitely farmers in rural settings are the real targets of these Apps in agribusiness but as you know majority [of them] do not own smartphones. So, I would urge them (developers) to especially come up with USSD based technology. They are not hard to use given that they can even be used on simple phones,” Kajjubi said.

Unstructured Supplementary Service Data (USSD) is a Global System for Mobile (GSM) communication technology that is used to send text between a mobile phone and an application program in the network.

He said that its even important to have these applications developed in local languages to ease the work of the farmers, while helping the startups compete in the changing agribusiness sector.

Mr Kajjubi also hit out at the Ministry of Agriculture and the Food and Agricultural Organisation (FAO) on the mobile application to fight the Fall Army Worm they launched early this month saying it would work better if it was integrated with local languages.

“How many farmers in Kalangala or Rakai own smartphones, how many of them know English or French?” such farmers were ignored yet they are the primary maize growers in the country,” he said.

The Fall Armyworm Monitoring and Early Warning System (FAW) app was rolled out early this month in Mukono. The application is expected to enable farmers, agricultural workers, and other partners at the frontline of the fight against FAW in various communities of Uganda.

The application will also help farmers to identify, report the level of infestation, and map the spread of this destructive insect, as well as to describe its natural enemies and the measures that are most effective in managing it.

But, according to Kajjubi, the initiative could flop as farmers are not well-versed with such technologies.

When asked on the sustainability of the increasing startups in the Agribusiness sector, he said that with Uganda’s population of almost 40 million people, all startups not only in the agricultural sectors are able to survive if well-marketed.

“The market is very huge, and all companies are able to survive. It is just about understanding the primary users of such innovations,” he said.

Mobile-based platforms are the real deal in agriculture, developers advised

Ugandan scientists stand up for GMOs amid public worries