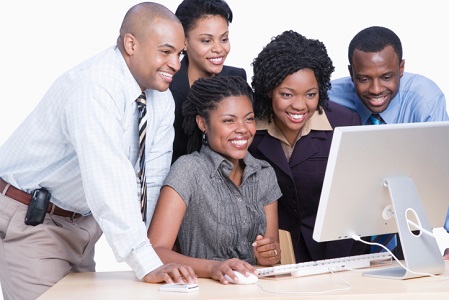 Hundreds of tertiary institutions in Uganda, every year, churn out multiple job seekers to the country that’s unprepared for them. This country also complains that the job seekers, too, are unready.

In 2017, the National Planning Authority (NPA) released statistics, indicating that 700,000 people were joining the job market every year, with only 90,000 getting a work placement.

(The above figures were irrespective of qualification and it translates to 87 percent of people ready to work but can’t find a job.)

Unemployment is generally caused by a lack of jobs. But when you grab a copy of a newspaper, in the jobs section, you’ll always find organizations seeking to recruit people.

So, why should there be vacant job positions when there are lots of unemployed people?

The reasons vary from job seeker to job seeker and from employer to employer.

A recent survey on underemployed Ugandans conducted by the Uganda Bureau of Statistics (UBOS) indicated that word-of-mouth is the most preferred method of locating jobs and recruiting people in Uganda.

When Douglas Opio, the executive director of the Federation of Uganda Employers (FUE) was asked why companies prefer to hire through recommendations from current employees or friends, he said:

“Some are reluctant to advertise because the number of applications they will get will overwhelm them. So that makes word-of-mouth preferable.”

In 2010, Nokia organized an event called the Open Innovation Conference in Nairobi, Kenya, and the company wanted to hire a driver to chauffeur VIPs during the conference.

On announcing the position, 1500 drivers applied, according to BusinessDaily Africa.

That year, Jussi Hinkkanen, a Finnish national, was the Nokia vice president in charge of corporate affairs for Africa, India and the Middle East.

Having seen what Nokia went through — sieving hundreds of drivers to pick only one — a business opportunity beckoned to him.

3 years later, he quit the company to solve a problem that he had identified that day. He was joined by Jussi Impio, also a former Nokia employee.

In 2015, the Jussis unveiled Fuzu, a technology platform that connects employers with the most suitable employees.

Kenya was Fuzu’s first country of operation and Hinkkanen told BusinessDaily they picked East Africa’s biggest economy because of “its growing clout as an IT savvy population that could offer insights into demands by employers and job applicants for replication on the continent.”

See: Exclusive: Why SafeBoda is setting up engineering hub in Barcelona

Fuzu is a web-based platform that acts as a communication channel between an organisation and a prospective employee.

So, when you are looking for a new job, you’ll go to the Fuzu website and create a profile which will include all the details you’d file in your in CV.

On the website, there are several companies offering job positions in different categories.

The information you provide in your CV is what the platform’s automated algorithm will use to match you with the potential employer.

The technology used by the platform will compare your skills alongside other people applying for the same job and the company seeking to recruit will be presented with results starting with the best guy to the least qualified for that position.

After this, the employer will pick from the best and decide on whom to interview for the job.

To rank the applicants, apart from relying on CV information, applicants are subjected to aptitude tests on the Fuzu platform.

The most important thing here is that the company won’t have to go through a pile of paperwork to get the best guy. And secondly, the job seekers won’t have to invest in transport to meet a prospective employer for the irritating back and forth before they’re considered.

It also saves both parties a lot of time.

See: Where, how to invest in Uganda’s e-commerce

Alvin Katto is the country manager of Fuzu Uganda, which launched in May 2018.

Katto, who joined Fuzu Uganda with vast experience in the Ugandan startup ecosystem, having worked with several companies, including Jumia, got his job through the Fuzu platform.

He joined in August and he’s the only person running the Fuzu subsidiary in Uganda. He, however, told me they’ll starting hiring to build a team in 2019.

According to Alvin Katto, Fuzu Uganda has registered around 50,000 users in the six months of operation.

Over 300 companies, including SafeBoda, Accenture, Equity Bank, Jumia, Sanlam, Mondo Ride, and Mercy Corps have hired workers through the platform.

Katto told me they secured a deal with the global technology giant Microsoft to hire workers for their operations in Africa, an interesting deal, considering Microsoft owns LinkedIn, which is also in the recruitment industry.

To use the Fuzu platform, companies have to pay. But for job seekers, most of the services are free.

However, there is package called Fuzu Extras, where the company helps you (the job seeker) to create a CV; all you need is to feed your information into the system and someone at the company will organize it for you.

You pay Shs10,000 for this service. On the Shs10,000, you’re also able to receive “instant feedback” so that you can always know how you compare with your competitors and see what to improve.

Fuzu offers online courses which are mostly fee but they also have premium packages that they sell to companies to help their staff acquire more soft and hard skills while at work.

According to Alvin Katto, while the jobs are still few compared to the demand, the people interested in the jobs are not proactive with skill improvement. Even when the Fuzu platform offers advice and some free courses to improve such, most people don’t use it.

“People (job seekers) expect things to happen very quickly, not a lot of people are willing to put in the work (further training, improving their CVs,” he says, adding that most employers seek experienced personnel yet most unemployed Ugandans cant take up volunteer jobs to get this experience.

He says companies also tend to ignore giving feedback to those that don’t get the job yet it would help them improve for the next offer. The platform provides a bulk email service to enable companies give feedback.

See: Uber partners with Tigo to introduce UberChopper in Tanzania

According to a Uganda Bureau of Statics survey, word-of-mouth is still the most used method of finding jobs and hiring employees, while using media channels and internet is the least applied.

This implies that Fuzu has to put in more efforts to market the platform so people can understand the advantages of using it over manual methods.

Over the years, Fuzu has been largely funded by private investors although they have also got grants from other organizations from Finland, Keny, and the US, including The Rockefeller Foundation.

Next year, according to Alvin Katto, they’ll be raising a series A.

Asked on whether Fuzu is already profitable, he said: “as with all tech startups, profitability takes some time. But for us right now, the goal is not profitability, it’s growth; how do we really grow the users?”

As it celebrates 3 years since founding, Fuzu is running campaigns, aiming at giving back to customers with rewards ranging from shopping vouchers and discounts for job adverts.

Zembo to sell electric motorcycles in Uganda in 2019