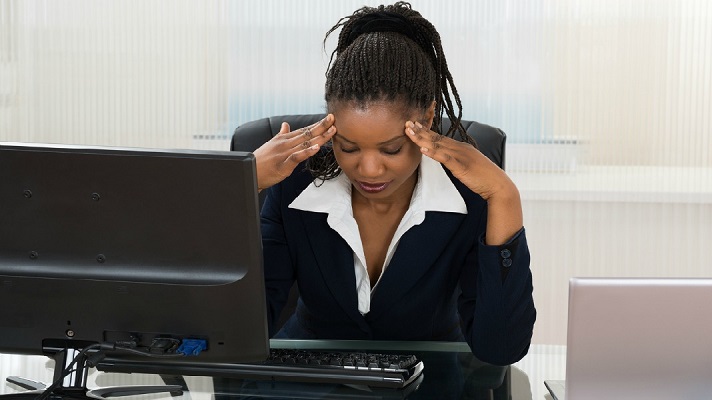 The fastest way to bankrupt your startup: How overly ambitious dreams can kill your company, or, lessons from Moby Dick

(The details in this story have been changed to protect identities.)

Elaine was at her wit’s end. Nothing that she had done had worked. Despite her best efforts, her marketing was going nowhere. The F100 company that she had targeted for the last four years was simply not interested.

She had used up her entire marketing budget one for one last big push. It hadn’t worked. Now she was in late spring with nothing in the coffers to go after the local business that had been her bread and butter.

Having let them sit by the sidelines as she had pursued her dream of the multi-million dollar contract, they had found another supplier. The well was dry, in all directions.

Elaine ultimately had to close shop. Burned out, she took a job until she could rethink what she wanted to do with her life. At forty-seven, this hurt. She’d thrown everything into this effort.

What could possibly have gone so wrong?

Four years prior, Elaine had a thriving business in promotional products. She was well-known in her medium-sized community. Active on local boards and charities, she had developed a successful business.

For several decades, Elaine had built her company step-by-step into a $200k concern. For her town, that was a lot of money. The majority of promotional products companies are run by one or two people, and a good sale to a single customer is around $5000.

Elaine had done a superb job of making herself a fixture at most of the business group meetings. As people checked in, her table was next. She always had a smile and a giveaway appropriate for the event.

Then she heard about getting certified as a woman-owned business (WBNEC.org). The promise was that she could, if she qualified, sell to American’s biggest corporations. Excited, she spent the money, completed the paperwork, and some months later, got her certificate.

WBENC, as do other certifying organizations like it, holds several annual conferences at which the F500 and top tier suppliers (those very large corporations who work directly with the F500) have booths. It’s like a smorgasbord for both buyer and supplier, but it’s rife with misapprehensions, especially for someone like Elaine.

Based on her experience in her own city, Elaine was sure she could nail a big contract in no time. She set her sights on Fairway Corporation, whose headquarters were barely two miles from her town center. Previous attempts to sell to them had been rebuffed.

Fairway was a strong supporter of WBENC and had a booth at the conference.

Except they did. While the supply chain professional at the booth was polite, he didn’t show much interest. If anything, Elaine felt she’d been given the cold shoulder. At first, she got angry. Then she got focused.

For the next four years, Elaine launched into an aggressive campaign to break down Fairway’s resistance. Determined to get that contract, she badgered the supply chain executives at every conference. She sent gifts (which they couldn’t accept) to the entire department. She went around and over her initial contacts, who had already told her no. While some folks don’t mind this, most do. Going over someone’s head disrespects the work they had already done to determine if Elaine’s company was a fit.

Along the way, she not only lost credibility, she made enemies.

Elaine was active in her local WBENC organization. The leaders there heard about her activities (Fairway, in fact, privately complained). Those leaders- all of whom were well-versed in working with the F500 themselves- took Elaine aside and in every polite way possible, expressed the feedback, and gently tried to redirect her efforts.

“This is clearly not a fit for them,” they said. Elaine set her mouth in a tight line and dug in.

“You’re too small an operation, but you can be a subcontractor to larger companies. We can get you a list of people to call.” This was similarly met with both anger and resistance.

Meanwhile, Fairway’s execs, who had been regularly pummeled by Elaine’s incessant demands, unwelcome gifts, phone calls and emails, had conversations with their peers. People in the industry share their best suppliers. They can also blacklist a bad one. Even if Elaine had, as advised by her WBENC leaders, shifted her focus, she might not have been able to get a lower-tier contract.

Elaine had earned an unfortunate reputation which was at odds with the hard, careful work she’d done to build her company in her city. In her determination to get the big fish, she had destroyed her company in the process.

All too often in the work, I’ve done training suppliers on how to sell to huge corporations, I encounter people like Elaine. Talented, competent, capable, good business people. However, what they have built on a small scale- as with Elaine’s success in her small city- doesn’t always prepare people for The Show, if you will.

In fact, sometimes that very success undermines the humility with which we have to approach working with such enormous companies. By that, I mean understanding where you really fit in their supply chain, which may not track with your inflated view of your value to that company.

Most corporations do not need new suppliers. They’re often quite happy with the ones they have unless: 1) that supplier gets lazy, or sloppy, or begins to cut quality corners which affects customer satisfaction 2) you have come up with a totally novel idea that could change their product line 3) you can solve a problem that is costing them money…you see my point. It’s by no means impossible.

Elaine was a promotional products provider. There are thousands of them. At the F500 level, you’d have to be able to fill a $300,000 contract, and be able to sit on those costs for six months waiting for your invoice to be paid. She couldn’t. But she wasn’t willing to back down and work with a Tier One or Tier Two supplier to Fairway- or another company- just to get her foot in the door.

Are you focusing too much on a single client? Is your marketing budget being drained by efforts to impress a high-value target when you might be vastly better served by serving your net30 and net60 clients?

Just because you can market to an F500 firm doesn’t mean you should.

A smart entrepreneur knows the difference.