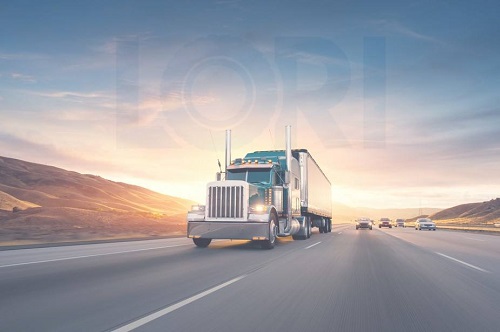 Lori Systems, a Nairobi-based startup that is building a logistics platform to improve cargo transportation across Africa is now present in Uganda, Rwanda, and South Sudan.

Josh Sandler, the CEO of Lori Systems, says they want to drive down the costs of goods in the region and unlock the region’s growth potential.

The company also handles invoicing, payment and tracking. It’s an all-in-one platform that leverages technology to elegantly solve logistics issues that have been around for a while.

“We’ve opened new locations in Uganda, South Sudan, and Rwanda. Over the past year, we have grown rapidly – both in terms of throughput on the system as well as the team,” Sandler said.

“Our team has grown from 15 to 70 since February and adds experience from organizations such as McKinsey, DHL, and NASA,” he added.

“Lori is focused on hiring the best talent in order to execute on bringing down the costs of goods across the continent.”

According to TechCrunch, Lori systems counts more than 70 employees, has over 70 cargo operators responsible for a network of more than 2,o00 trucks using its service.

Some of their latest executive staff hires include Andrew Musoke, now the head of sales and marketing at the company.

A Havard Business School graduate, Musoke has previously worked with TruIT Uganda, an internet company, African Diaspora for Development, a Pan African organization dedicated to members of the diaspora and migrants and LDJ Productions among other organizations.

According to Sandler, there is $180 billion in hauling income across the African continent, most of which has not yet been optimized with software.

Lori hopes to use their technology to lower prices and increased spending power for consumers across Africa.

“If you’re earning a dollar a day and 40 percent or 60 percent is going to logistics that could be going somewhere else, that’s a problem,” Sandler said.

The firm has partnered with Kuehne + Nagel, DHL and Cargill to allow them to extract greater insight from their logistics data and drive informed action through improved technology, analytics, and operations.

It has also partnered Kenya’s Standard Gauge Railway to help reduce the costs involved by truckers in moving bulk imports and exports.

“We’re so excited to announce our working partnership with the Standard Gauge Rail in Kenya,” said Sandler.

“In our continued efforts to bring down the costs of goods, we have been rapidly ramping up our operations to tackle massive transportation issues,” he added.

“We’ve already had success in bringing down direct costs of moving bulk grains, achieving a 17% reduction in Uganda.”