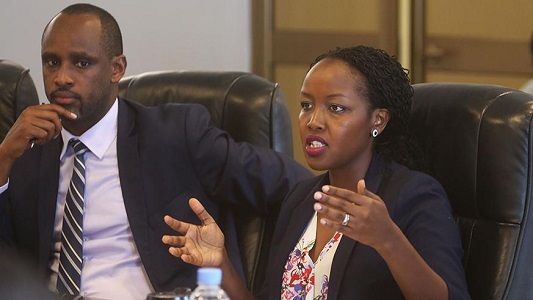 Ugandan tycoon Ashish Thakkar is in talks with the Rwandan government to set up the country’s first smartphone factory, The New Times, a Kigali-based newspaper reported on Friday.

Speaking to Rwandan legislators on Thursday, Paula Ingabire, the country’s Minister for ICT and Innovation said that Mara Corporation, a Pan-African technology company owned by Thakkar was negotiating with authorities to set up the manufacturing plant by April 0f 2019.

Ashish Thakkar announced in November 2018 that his company would roll out the first phones for sale this year after setting up factories in Rwanda and South Africa.

The MaraPhone is going to be among the first devices to run Android Oreo, an OS optimized for apps like YouTube Go, Facebook Lite and Twitter Lite — that are made for the African market.

The making of this phone comes as other African countries, including Uganda and Kenya, have announced plans to assemble or manufacture mobile phones locally. The MaraPhone also faces crucial competition from the Chinese phone maker Transsion known for brands like Tecno, Infinix and itel.

Ashish Thakkar, through his firm, Mara Group, said in 2018 he would invest US$104m into the project in South Africa over a span of five years.

“We all know the importance of high quality and affordable smartphones and the impact this can have on the continent. Quality smartphones mean we can truly enable financial inclusion, micro-lending and micro-insurance. This can translate into better education, digital healthcare and agriculture efficiency and improve commerce,” he said.

“If this is all going to be possible… we [need] quality and affordable smartphones. Unfortunately, we have quality smartphones but they are not affordable and if it is affordable, it is not quality.”

Smartphone adoption in Sub-Saharan Africa doubled over two years to reach 200 million in 2016 and is expected to reach 700 million within a few years.

This growth has been driven by the increasing affordability of smartphones, with more low-end smartphones available across the continent and a thriving market in used phones.

According to a 2017 GSMA report, as of March 2017, approximately 270 million people in Sub-Saharan Africa were accessing the internet through mobile devices.

Must read: Why cost of manufacturing a smartphone will rise

Mara Group hopes to produce high quality and affordable smartphones to primarily serve the population of Africa and also with the aim to export to other continents such as Europe.

“China has Huawei, Xiaomi; the U.S has iPhone and finally Africa has Maraphone,” Ashish Thakkar has said.

“This project will show the potential and ability that Africa can produce high quality and affordable smartphones in Africa, by Africans, for Africans and for the rest of the world. We are extremely grateful for the African Development Banks push in this sector which greatly encouraged our progress.”

Minister Ingabire told her counterparts in parliament that the government will ensure to negotiate great deals for its citizens so that it can benefit from hosting a smartphone manufacturing plant.

“To ensure smartphones become affordable, different strategies are needed to ensure each household has a smart device and digital literacy. We hope that the plant to locally produce smartphones will boost access,” Ingabire said, according to The New Times.

“Once the factory starts producing smartphones, people will be paying in installments over a period of 24 months. We also have to work with telecommunication companies to seek ways of reducing prices on internet use, which will boost ICT penetration and digital services”.

Rwanda has in the past few years attracted and embraced top technologies investments and deals, including the entrance of Volkswagen into the market, digital payments in public transport networks, use of drones, IoT in streetlights, cutting-edge use of LPG among other innovations.