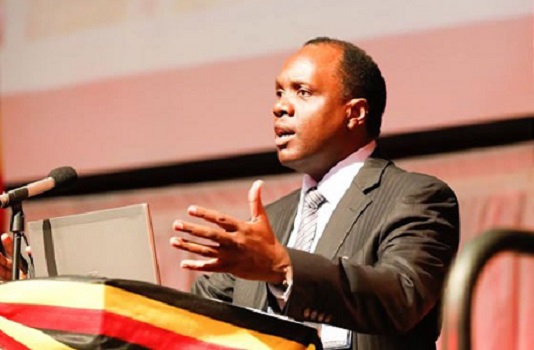 Business expert Patrick Bitature says he’s had many people asking him what he does to grow a successful business.

The tycoon has an investment portfolio that stretches from telecommunications to energy production to mining, media, real estate, travel, and leisure.

That explains why he’s been a target for such a question. He has stood the test of time.

According to Bitature, in business, everything always boils down to Financial Literacy.

He says, despite having lots of degrees to their name, most people are still financially illiterate yet it is the pillar for building a strong business.

So, he says for you to start a business you should first understand the language of money.

“It’s hard to make money but it’s even harder to retain it unless you’re financially literate. I’ve seen so many people stumble into money and in a very short while they’ve lost it all simply because it went to their heads; they didn’t have the ability to control it.”

To sum it up, Bitature says financial literacy entails “understanding that you’ve got to always be frugal, be careful with money because if you’re not, you blow it and it goes away.”

Saving: He also says that as you make money, you need to cultivate a saving culture. Because without saving, he adds, “you can’t invest.”

Picking the right investment: One of the reasons most people fail in business, he says, is “mis-investing”. Mis-investment can be picking a business that doesn’t suit your talents, choosing something that you’re not passionate about or has no market.

Read this article in which he explains how to pick an idea to invest in.

Numbers: Always “do the numbers,” he says, adding: “numbers should always lead you in business.” To understand if there is a potential market for your business, he says you need to do enough research and come up with a business plan among other things.

Read: Bitature on how to secure investment for a prototype

Obsession: The entrepreneur also advises against being so involved with your idea that it distracts you from looking at the whole thing objectively. Sometimes, he says, you become attached to the idea and it clouds your judgment.

In the end, he adds, you end up losing your money

Research: “Do enough research and make sure before you put a penny in a business you know what you are talking about,” he advises.

Watch this video for more.