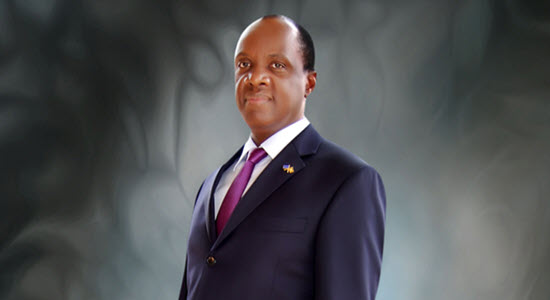 When you Google about the richest people in Uganda, the names Patrick Bitature and Sudhir Ruparelia feature prominently.

In 2012, their families were featured in Forbes Magazine among the “Five Ugandan Multi-Millionaires You Should Know”.

Others on the list were Charles Mbire, who has shares in MTN Uganda, Ecobank Uganda, Eskom Uganda etc; Amiral Karmali, the founder of Mukwano Group of Companies; and Amos Nzeyi, the chairman and owner of Crown Beverages, Uganda’s sole bottler of PepsiCo products.

While Bitature is said to be a millionaire (in U.S. dollars), Sudhir is presented as a billionaire.

Now, SautiTech has landed on a video in which Bitature talks about how Sudhir Ruparelia helped him master the courage to invest in the real estate sector.

“He held my hand when I was going in property and I was scared,” Bitature says at one point in the video.

According to Bitature, at the time he had made some good money after investing in MTN Uganda but he hadn’t expanded his business portfolio as it is today.

But one day after having lunch with Sudhir at Speke Hotel, he says the latter “held my hand and we went to Kyadondo”, a suburb in Kampala, where Sudhir showed him “three properties in the row” and “said buy them”.

Bitature who didn’t have enough money at the time (all the properties were above 100 million shillings) wanted to decline the offer, but when he told Sudhir that he didn’t have money, he told him he was going to lend him more and top up to what he had.

Bitature in the video says that he partly felt Sudhir Ruparelia was trying to set him up.

On that very day, Bitature says, Sudhir introduced him to another property at Nkrumah Road, and on this, he lent him Shs600 million to buy it.

At the time the video was recorded, according to Bitature’s account, almost ten years had passed, and the properties’ valuations had increased to more than a billion each.

“Today, I can sell only the doors and I would still pay the bank,” he says in the video.

From that, Bitature learnt that to succeed at the certain things in life, you’ve to take steps others would cringe over.

“You’ve to be bold; you’ve to be courageous,” he says, adding, referring to Sudhir: “to me, he was a great mentor.”

At the event where the video was recorded, it was an inspirational talk that had been attended by youths to listen to some of the wealthiest men in the country. Sudhir also attended.

In his talk, Bitature urged young people to invest their money at an early stage so that they don’t find themselves in situations like some people who were coming to him seeking investment ideas after getting their pension.

“People who are employed, you are overeducated, you overanalyze, you don’t have the appetite for risk in your stomach,” he said.

“The earlier you learn to get into business the better.”

He says when you are still employed, don’t get into a business that requires a lot of your time as you start.

He says you should open a business that will require a lot of your time after it has matured to pay your salary and offer the comfort to quit your job.

Must read: Nataliey Bitature: How to stay on top of your game as an entrepreneur

As you get into the business sector, he also wants you to know that a lot of challenges will be encountered along the way.  But how you deal with those challenges is what will determine your fate.

“It’s not the falling that matters; it’s how quickly you get up and pick yourself up.”

The sweetness of entrepreneurship will be experienced when your company grows, makes money for you and creates jobs for other people, he says.

Meanwhile, he also says you shouldn’t “feel bad when they quit to start their own businesses.”

Patrick Bitature also advises young people to change their attitude towards business by stopping to seeing as something that’s a last resort for people who’ve failed academically.

He says you can still be employed while you own a business.

He gave an example of multiple young graduates who struggle to get jobs with their top degrees yet the so-called academic failures have managed to survive without jobs and through hard-lining, they end up creating jobs for the academic high achievers.

He also gave an example of Sudhir Ruparelia who didn’t get a lot of formal education but owned more property than anyone in Kampala. Well, apart from the Kabaka of Buganda.

Uganda won’t change when you have educated people with no entrepreneurial spirit, says Bitature, adding: “Unless we have a cream of our society doing business we’ll not succeed.”