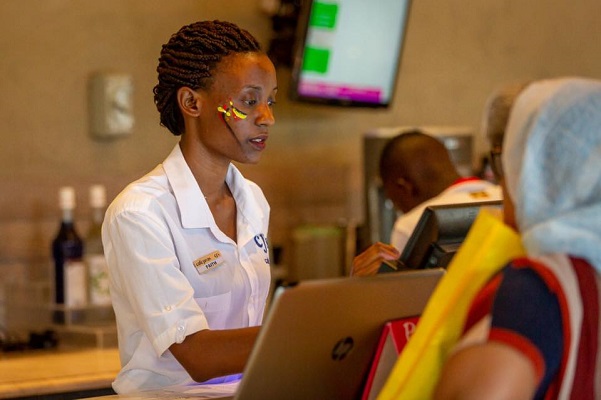 Storytelling has always been one of the most effective ways people communicate and connect with one another. The human brain is hardwired to be influenced by the power of good storytelling.

Every culture in every era throughout history has used stories as a method to teach, entertain, relate to others and relay important information.

No matter the medium, people are always drawn to a good story, and good stories often have the same elements and qualities in common.

Just as writers use literary techniques to create an emotional response in their readers and to add another element of meaning into the narrative, you can do the same.

Below are three powerful literary techniques to incorporate into your startup’s brand narrative to help make it unforgettable.

In literature, the origin story is the backstory that explains the events that led the character to become the protagonist or antagonist in the existing plot.

For example, the origin story in the popular “Harry Potter” series is when Harry’s parents were murdered by the evil Voldemort while saving their infant son. The series then follows Harry’s journey of vengeance for his parents’ deaths.

Incorporate this origin story literary technique into the brand narrative by sharing what led you to the “aha moment” that inspired the creation of your brand.

For example, Canadian e-commerce software company, Shopify, has a well-known origin story. Shopify began by selling snowboards, and since they wanted to save costs and work with their customers directly, they decided to create their own e-commerce platform.

In 2006, Shopify’s founders realized the opportunity to sell this platform to other companies, too.

The idea of Article came to the four friends and founders while they were on a trip to Finland, building an igloo in the Arctic Circle. They realized that the process of buying furniture was slow and expensive and that the industry needed a more efficient, modern solution.

Today, Article is one of Canada’s fastest-growing companies.

My own company’s origin story is set in Manhattan Beach on a trip to Los Angeles when I noticed how stickers played such a big role in the scene and culture.

But, it was still so expensive for individuals to create die-cut stickers. Thus, StickerYou was born.

The origin story is the foundation of your brand narrative. It should provide an interesting hook or scene (i.e., the sticker art culture of LA and its beaches), and provide a question or problem that the company’s services solve (i.e. stickers are expensive).

Every story has a beginning, middle, and end. But most stories also follow a similar five-point narrative arc.

These points include exposition (the beginning of a story), rising action (introducing the problem within a story), climax (the critical choice characters make in the story), falling action (events that lead to the problem’s solution) and resolution (a satisfying way a problem is solved).

See: Urgency could kill your startup

Keep your brand narrative concise by highlighting the conflict and resolution, and offer a clear solution to the customer’s problem.

Effective brand narratives successfully position their story into this five-point narrative arc, with the brand’s products and services as the main path a customer needs to take to solve the issue they’re facing.

A powerful example of brand storytelling is YETI Cooler’s Hungry Life campaign. YETI Coolers follows Chef Eduardo Garcia’s unique cooking adventures throughout Montana, Mexico, Texas and Hawaii, and shares how he uses YETI products when preparing food with the products themselves, as part of each adventure.

Another great example is women’s intimates apparel brand, Knix, which also successfully leveraged the power of brand storytelling in their multiplatform Faces of Fertility campaign.

Although Knix’s products aren’t directly related to the topic, the campaign aimed to break the existing taboo surrounding fertility and pregnancy loss by giving women the opportunity to publicly share their stories, which followed this narrative arc.

These narratives ultimately established Knix as a modern, forward-thinking feminist brand, which reflects their company values.

Companies can strengthen their brand narrative by introducing imagery, a term in literature to describe the use of the audience’s senses, into the brand’s story.

The most memorable stories include vivid descriptions that make the audience feel as if they can smell, see, taste, touch, or hear what the writer is trying to convey.

One simple way to include this literary technique into your brand narrative is by using expressive adjectives as a way to introduce the high quality of your products or services.

Imagery is a driving force to creating an emotional connection with readers because it helps illustrate your brand’s strengths in a tangible way.

Lastly, it’s important to remember to apply these classic literature techniques like a modern storyteller. Use various multimedia platforms, such as your social networks and mediums like blogs, videos and podcasts as a way to establish brand narrative and create an emotional connection with your target audience.

There’s never been a more exciting time to be a brand storyteller, and by using these literary techniques as building blocks of your brand narrative, you’ll be sure to create a memorable brand and a strong sense of loyalty with customers.

This article originally appeared on StartupNation