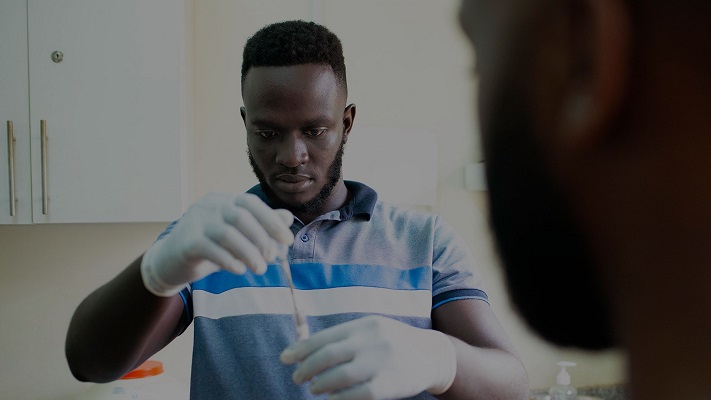 Ugandan innovator Brian Gitta, who has gained global attention for his bloodless malaria-diagnosing device is among 10 entrepreneurs from across the globe that are competing to become 2019 Rolex laureates.

Gitta will be competing with other 9 innovators from France, Argentina, Canada, U.K, America, India, Brazil, and Pakistan. He is the only African in the race.

Brian Gitta and colleagues put their heads together to create Matibabu — a front line device that, without drawing blood, can diagnose a person with malaria.

Using magnetics and a proprietary tool named a ‘matiscope’ (into which a patient inserts a clean finger), the device uses a red beam of light to detect the malaria parasite.

The parasites are detecting from a substance called haemozoin crystals.

In 2018, the Africa Prize for Engineering Innovation supported Matibabu with UK £25,000.

According to the team, the goal is to improve diagnostic accuracy, in particular for the early stages of the disease. In addition, convince doctors and patients they no longer need blood tests.

“Coming from the sub-Saharan region, my team has experienced many episodes of malaria. I can’t actually count how many times I’ve suffered it since I was a kid,” Gitta is quoted by rolex.org.

Brian Gitta, who is now 26, told rolex.org that they’ve so far gone through five series of prototypes and the current version is being tested in clinics with plans to roll it out in hospitals in Kenya and Uganda.

Since the Rolex Awards inauguration in 1976, it has received over 32,822 applications from 190 countries and awarded 140 winners.

The awards were introduced to commemorate the 50th anniversary of the Oyster chronometer, the world’s first waterproof watch and a symbol of the innovation that the Awards program supports.

Meanwhile, voting is underway and you can vote here.

Kobo360 beats Jumia to become Disrupter of the Year in Africa