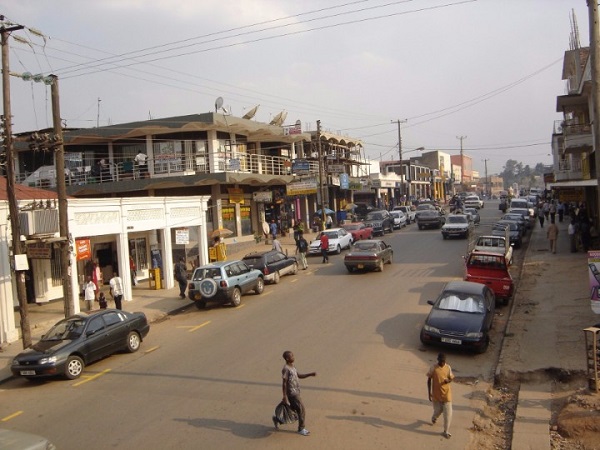 In 2010, Uganda’s first technology hub was opened and named Hive Colab. The number of tech hubs has since significantly grown, with a 2018 GSMA report listing Uganda among the top eight countries with the most active tech hubs on the continent.

Most of these tech hubs, however, are located in Kampala. The reasons for this are quite easy to figure out; for instance, most universities, where startups emerge from are located within and around Kampala, the population is quite huge (Kampala is nine times bigger than Gulu, which is Uganda’s second biggest city by numbers), most of the key resources (internet, manpower, relevant government agencies) can easily be accessed and so on.

But in January of this year, Hive Colab co-founded by Teddy, or TMS, Ruge and currently directed by Barbara Birungi, struck another first and opened another branch in Mbarara, appointing Lorna Twinomugisha as the manager.

We recently had a brief conversation with Twinomugisha who gave us a bold picture of running a tech hub outside Kampala, or in this case, Mbarara.

Hive Colab’s space in Mbarara, which is located on the third floor of Easy View Complex, a sprawling building in the town, can accommodate more than forty people.

Mbarara town is surrounded by four universities: Mbarara University of Science and Technology (MUST), Bishop Stuart University, University of Saint Joseph Mbarara (opened this past month) and Makerere University Business School (branch). There are multiple institutions located within and outside the town.

With such a setup and an estimated population of 975000, according to a 2018 World Population Review, Mbarara, which is Uganda’s fourth largest city by numbers, appears to be a potential market for such a hub.

Aside from doing what most typical hubs do: giving startups access to a mentor base, seed funding, venture capitalists and angel investors, dedicated business training, as well as visibility via networking and pitch events, Hive Colab also offers a co-working space.

But, speaking to SautiTech, Twinomugisha said that the idea is entirely new to the vast majority of the population and they are still trying hard to sell it. This has seen them reduce renting space to as low as Shs50,000 a month per individual. This is a third of what it costs to get the same space at their main hub in Kampala.

So, to get people to know about the hub and how they can benefit from it, they are partnering with universities, which give them an opportunity to address students and they also organize pitch contents and other programs that students could pick interest in.

If you are in Mbarara or plan to spend the weekend there, feel free to pass by our @hivecolab branch for #TGIF and network. We are located at Mbaguta Street, 2nd floor, Easy View Complex. @lornaBold @Garinda07 @Joy_eriho pic.twitter.com/MxyzqAA9lr

So far, they have worked with some 6 startups, according to Twinomugisha. Before Hive Colab opened its branch in Mbarara, CamTech was the only establishment focused on innovations in the area, but being located at MUST makes it appear like its focusing on students, which discourages non-MUST students that would be interested. Makerere University is also running such a program.

In a recent piece in Quartz titled ‘The problem with simply growing more tech hubs in Africa’, the author interviewed different officials who suggested that Africa needs more hubs, but hubs should now focus on specializing and collaborations. If hub A is developing, say, a project on health, they can work with B to make it a success instead of having different hubs doing the same thing. This would also require working with various stakeholders in the private sector.

“We need to find a solution to the private sector getting involved in R&D to fuel innovation that then creates trust in startup companies for local funds to invest in them and create local wealth,” Julius Akinyemi, enterpreneur-in-residence at MIT Media Lab, was quoted in the article. “This is why countries in the western world benefit from institutions’ innovation to create new products and/or new market.”

The permanent secretary at the Ministry of ICT and National Guidance Vincent Bagiire during the recently concluded Kampala Innovation Week reechoed the same sentiment, urging hubs to work together if they are to get funding from the government.

When we contacted Ruge about the same, he said: “For the most part, we feel reaching out to the rest of the country will provide resources to young innovators who can’t or don’t want to make it to Kampala.”

Teddy Ruge, went on: “Tech innovators are everywhere, and we want to find them where they are most comfortable – so, expanding to the rest of the country is a natural next step.”

Asked if they would consider expanding to other cities in Uganda, he said: “We’re keeping our eyes open for other opportunities around the country.”

Since the technology ecosystem in Uganda is still very young, for most companies involved in the sector to survive, they need strong partnerships, and for Hive Colab, their website shows they have sponsors and partners from the government, including the Uganda Communications Commission, Uganda Registration Services Bureau and other organizations like the British Council, The Indigo Trust, Microsoft, Demo Africa, People Unlimited Hivos, APP among others.

Some of the notable startups that have come out of Hive Colab include SulaPay, Twambale, Africa’s Talking, Makanika.com, Yoza, Access Mobile, School Plus, Air Save, We Farm and Dignited, a technology news website.

In a related development, the government announced in May that it was going to borrow a US $84.73 million loan to finance the National Science, Technology, Engineering and Innovation Skills Enhancement Project (ENSTEI-SEP), and part of this program is the construction of regional ICT innovation hubs.