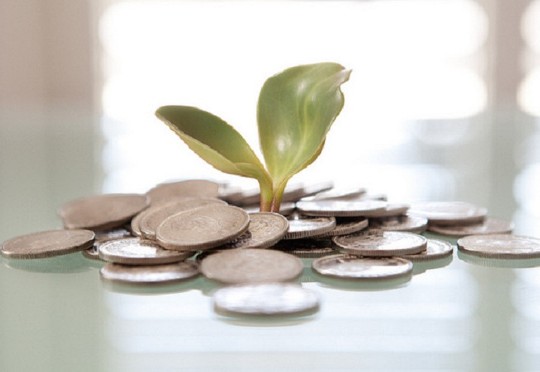 On a typically mild San Francisco day back in February 2012, my co-founder and I, along with our first three employees, rolled up to an AirBnB that would be our home for the next few days.

We were presenting at the LAUNCH Festival — a major competition for startups right in the heart of Silicon Valley. After getting our rooms and settling in, we gathered for a quick team meeting before heading down to the event.

During the meeting, one of our employees jokingly suggested we memorize someone’s phone number in case of an emergency; “You know, like if you get arrested and have to make one phone call.”

Thinking about that now, it seems like something Jared from Silicon Valley would have said. But the excitement was electric, a heady mix of nerves and determination, and we all had the feeling that anything could happen next.

LAUNCH would be our first opportunity to come out and show the world how our product would change how we all store data — at least that was our modest hope.

That weekend, we presented Space Monkey onstage at LAUNCH, showcasing our scalable and redundant storage system made possible by our Network Attached Storage (NAS) device. And what happened next confirmed months of hard work and emotional turmoil: We took first place.

It was an incredible feeling, and it was made even more incredible by what it led to. Our website flooded with traffic, we got great press, and a lot of investors started courting us.

One investor suggested we jump straight to the series-A and raise $6M with his firm, but first, we needed to join him on the jet for a few days in Austin at SXSW. We passed.

Amidst the buzz and excitement, we raised a $2.25M seed round with the likes of Google Ventures. It was a surreal experience, though we never needed to use the phone number we memorized.

But even though it felt like the world was in the palm of our hands, without really knowing it, Alen and I had committed the first sin of startups: We raised just enough and didn’t have a strong lead. And it wasn’t the first time.

In July, seven months earlier, we burned the proverbial ships and quit our jobs to do our startup, Space Monkey, full time.

We were under the impression — or maybe it was just me, the eternal optimist — that we could raise an Angel round in only 90 days, which we would use to hire a few engineers and build a prototype.

We were sure that our cost advantage over our most significant competitors was at least 10x, and we had experience building complex distributed storage systems.

This false confidence made us believe that the money and time we had given ourselves was adequate. What we didn’t see at the time was that we were building consumer hardware with no experience (there is a graveyard of similar hardware projects from teams with no experience on Kickstarter and Indigogo).

This became clear to us very soon, when we were asked in one of our first Venture Capital meetings, “So what is your expected landed BOM on your hardware?” We had never heard of the term BOM (Bill of Materials), and we had to stumble our way through a response, looking like total idiots. The investor passed. And so did many others.

I had three months savings and Alen had a little more, but it wasn’t enough; we were looking at six months of no cash flow, an unanticipated problem that had significant consequences.

The fundraising process was complicated, and we found ourselves in between Angel investors skeptical about hardware and the desire of larger VC’s to see us prove something. We slept on friends couches, split $5 footlong sandwiches for lunch and dinner and kept taking meetings.

It’s hard, to sum up, the emotional and mental pain experienced in those six months in a couple of sentences. At one point, when I had personally run out of money, my wife pawned her wedding ring to give us a little more time.

The sacrifice was huge, and I will never forget what that meant to me amid the struggle to build Space Monkey.

Then came a day I remember clearly enough to smell the warm Palo Alto air: I walked into Dogpatch Labs to meet Ryan Spoon. When I arrived, he was trying to back up all his photos of his newborn onto multiple USB hard drives.

He wanted to distribute them in various secure places — one in a bank deposit box, one at his office, and take the other home. I stopped and thought to myself: Can this be real?

“Hey, Ryan, what if you could have just one drive at home that automatically sucks all your photos and videos off your computer or phone and then runs a backup across hundreds of other hard drives, sharing tiny encrypted pieces of your data in case your drive ever goes offline or dies?”

Three days later we had our first investor: $100,000 from Polaris Partners in Boston through their seed incubator Dogpatch Labs and Ryan Spoon.

Once we had this, together with an investment from a family member, we quickly reached out to a third investor to let them know we were going to close our $500k round in the next few days.

We had some big folks betting on us, so if they wanted a piece of the pie they better jump on board before it was too late. Our $500k angel raise became a $750k angel raise, and a month later, we were invited to launch the company at the LAUNCH festival in San Francisco.

One day you are sleeping on a friends bean bag and eating five dollar footlongs from Subway and the next your company is flush with cash.

No suspense here: The LAUNCH Festival was a huge success. Despite our mistakes and inexperience, we had overcome the struggles of our first raise, and it was evident that people saw the value of the product we were trying to build.

And always make sure to have an active lead investor. It’s truly that simple — these days I repeat it like a mantra.

Somehow, after the success of LAUNCH, we had again miscalculated at an even larger scale than we had with our first six months. We believed that keeping as much equity as possible in the early rounds and raising just enough capital to get you to the next funding event was our highest priority.

Objectively, and in hindsight, this is easier to do in a party round where you negotiate investors against each other to get the best terms possible. We did this a little bit, but not much as the froth of winning LAUNCH didn’t require us to — it was catalyst enough to set most of the terms we thought were important.

It’s crucial to capitalize on these opportunities in the moments when you have a distinct advantage, which is often around early buzz and success. Do not leave money on the table during the first rounds.

The first sin of startups should have been evident to us because of the challenge of raising money in the first six months. But we doubled down on our sin with our initial success: We raised what we thought was just enough and took on a party round with no lead (when it was all said and done we had around 20 different investors in our Series Seed and no active lead investor). Both of these issues would rear their ugly heads in the future. We didn’t know it then.

[blockquote type=”default” style=”1″]Lead investors want at least half the round — and they often want the entire thing. -Babak Nivi [/blockquote]

Either way, having additional capital allows you to maneuver when the unforeseen happens; trust me stuff always happens. It’s also why you need an active lead investor; someone who helps to steady the ship with insight, feedback, connections, recruiting and other key disciplines — and who will roll up the sleeves when things go south. Give up a little more equity if it gets you both capital and a great investment partner (Of course if you can bootstrap ignore this article and do that).

This article originally appeared on Medium under the same headline

IT strategy: How to talk to the boss about your great ideas

How to connect your Android phone to Windows 10