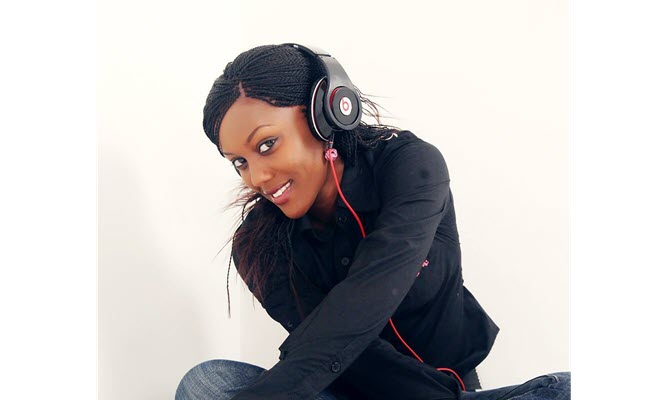 Carol Kisukye aka DJ Karo and Red Pepper co-cofounder Arinaitwe Rugyendo are among prominent Ugandans whose startups benefited from the Shs6 billion that the Ministry of ICT and National Guidance recently released through NIISP.

DJ Karo, who is married to Cedric Babu, the marketing and communications chief at Uganda Broadcasting Corporation (UBC), co-founded Illiphant app, which they want to promote Ugandan movies.

Illiphant app is honored to be a part of the 60 selected winners for financial support 👏 We thank @NIISP_ICT & @MoICT_Ug for this empowering initiative. Our proudly Ugandan app will stream UG films to the rest of the world & create a sustainable eco-system for Ugandan Creatives pic.twitter.com/qj8g4i1xHa

Rugyendo, who recently nabbed a position on the 32-member committee that is spearheading Uganda’s journey in the Fourth Industrial Revolution, seduced the ministry with e2 Young engineers, an ed-tech startup that promotes STEM education among young learners (4 to 15). His startup was also recently endorsed by First Lady Janet Kataha Museveni, who is also the minister of Education & Sports.

Government is yet to release the full list but some of the other startups that won the funds include Jaguza Livestock App which scored Shs100m, Elunda (79.5m), Travel Uganda Monitor (70m), Akello Banker (100m), Akatale App (70m), Mama Ope (100mM) and Dagala App (100m)

The Deputy Attorney General Mwesigwa Rukutana has assured Minister of Investment Evelyn Anite that she has no powers to sack the current Administrator of Uganda Telecom Limited (UTL) Bemanya Twebaze.

Anite moved to fire Twebaze from overseeing the operation of UTL after he allegedly blocked the auditing of the operations of the telco. Also the current executive director of Uganda Registration Services Bureau, Twebaze was appointed UTL’s administrator after it started struggling following the exit of Ucom Limited, a Libyan firm that owned 69 percent shares.

Celebrated radio presenter Val Okecho has left his job as Corporate Communications Manager at MTN Uganda to join Vivo Energy. Another report indicates that he also left his job at Capital FM.

MTN Uganda also lost Justina Ntabgoba-Kayemba another top executive in the communications department. She was the senior manager of Corporate Affairs.

The programme, which is also funded by Bill and Melinda Gates Foundation and JPMorgan Chase & Co., will see the startups get between $50 000 to $60 000 in non-equity funding after six months of training.

The competition supports entrepreneurs through capacity building and funding to accelerate youth employment and agricultural transformation.