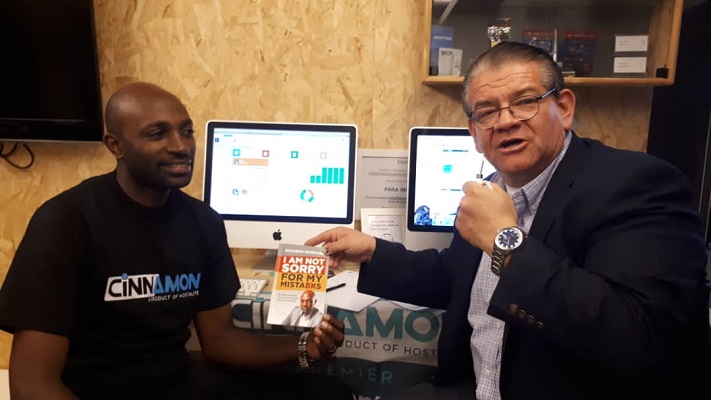 Ugandan-grown software company Cinnamon Clubs has appointed seasoned IT professional Wilson Cristancho to its board as an advisor.

Cristancho, who has more than two decades of experience in the IT industry, having worked with global companies like Assurant and Ericsson, brings his expertise to a startup that is already operational in three African countries, namely: Uganda, Ethiopia, and Zambia.

According to Dickson Mushabe, the chief executive officer of the company, he met Wilson Cristancho at the Mobile World Congress in Barcelona, which ran from Feb. 25-28.

Currently working with Network Media Communications as a chief technology officer, the IT guru is expected to enormously contribute the Cinnamon’s growth plans.

Mushabe told SautiTech that they “are now going into a stage of raising capital through angel investors and venture capitalists.”

Before joining Network Media Communications, Cristancho worked with Resources Global Professionals, a business and IT consulting firm headquartered in California.

A holder of a master’s degree in Business Administration and a bachelor’s in Computer and Information Sciences from Barry University, he also worked with Ericsson as a solutions manager, heading a region that covers Brazil, Mexico, New York, Dallas, Latin America and Boca Raton. This was between February 2001 and December 2004, according to his LinkedIn profile.

Wilson Cristancho also obtained a certificate in telecommunications management from Miami University and another in management information systems from Miami Dade College.

Dickson Mushabe says he met Cristancho at the sidelines of the Mobile World Congress in Barcelona. As they interacted during the social hour, Mushabe says, Wilson Cristancho was surprised by his dress code: He was wearing a suit.

So Cristancho asked him (Mushabe) why he was dressed in a suit at a gathering full of nerds that are known for slobby dressing.

“Why are you dressed like that?” Cristancho wondered, according to Mushabe. “Whom are you trying to impress? I just checked your social media pages and the Dickson I see is a freestyle Headmaster in either a Cinnamon or Hostalite t-shirt. Just be yourself, people will trust that simple guy.”

It’s this kind of casual conversation that drew Mushabe to Cristancho, who is also a  founding member and sits on the Board of Directors at American Association of Colombian Engineers and Architects ((AACE), and they ended up deciding to work together.