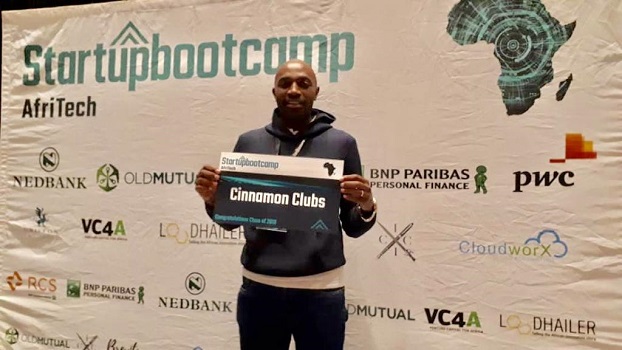 Ugandan technology firm Cinnamon Clubs has been announced among 11 startups that will participate in the third cohort of Startupbootcamp (SBC) AfriTech, a Cape Town-based accelerator whose sponsors include Amazon Web Services.

Now operating in Uganda, Zambia, and Ethiopia, Cinnamon Clubs runs a cloud-based Software as a Service (SaaS) platform designed to improve the efficiency of community savings groups through the automation of their financial activities and records.

Just a month ago, the tech startup was announced among 20 African firms that had been chosen from 1804 applications to face off at the SBC AfriTech 2019 Final Selection Days.

East Africa will be represented by Cinnamon and Asilimia, a digital payments firm based in Kenya.

“Praise the Lord Brethren. On 30th March after my presentation, I requested you guys to pray for me make so that I could make it to the next level. On 14th June, I informed you that out 2,000 applications from 10 African Countries, Cinnamon Clubs made it to the top 20 and it’s the only Ugandan startup that made it to the 2019 Startupbootcamp (SBC) AfriTech Program -Cape Town,” he posted on Facebook.

On 8th July, I traveled to Cape Town for the final pitches and selection days where the top 10 teams would be selected to join the program. Ladies and gentlemen, boys, girls and students, I am glad to testify that after two days of intense presentations to over 22 groups of Judges, Cinnamon Clubs has been selected among the top 10 startups to join the accelerator program. Thank you for your prayers.”

The other nine startups are from South Africa (3), Nigeria (2) and the UK, Morocco, Senegal, and Zimbabwe, were represented by one startup, according to VentureBurn.

The third cohort of SBC AfriTech will kick off on August 12 and end on November 7 with a Demo Day.

A number of activities are lined up, namely: pitching investors, networking with top entrepreneurs, tailored training and more.

Huawei to set up data centers in South Africa