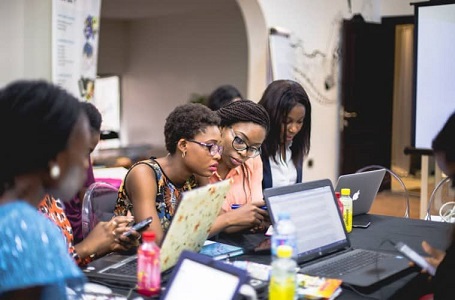 Co-Creation Hub, an 8-year-old innovation center based in Lagos, Nigeria has announced it will be commissioning its second unit in Africa which will be focused on research and development.

According to Bosun Tijani, one of the founders of Co-Creation Hub, the subsidiary which will be located in Kigali, Rwanda – will house engineers, product developers and designers working with some of the best scientists around the globe to fuel the continent’s research engine.

Tijani, in 2010 alongside Femi Longe, rolled out Co-Creation Hub, which has since got endorsements from powerful organisations, including Facebook, Nokia, Microsoft, Amazon, Oracle and The Ford Foundation.

Mark Zuckerberg, the billionaire founder of Facebook also paid tribute to the innovation hub during his visit in Nigeria in 2016.

Co-Creation Hub also known as Cc-Hub comes to Rwanda at a time when the country has already attracted some of the biggest technology and incubation firms in the world.

Just in 2018, Andela rolled out its first pan-African hub in the country, shortly after which Foundation, a German company also set up a tech and business incubation facility in the country that the World Bank has said is the second-best destination for doing business in Africa.

Other notable hubs in Rwanda include Fablab, Impact Hub Kigali, K-Lab, Think by Tigo and The Office.

With the launch of a subsidiary of Co-Creation Hub in Rwanda, the development will ramp up what the aforementioned innovation hubs and co-working spaces have been doing in Rwanda.

Economists have said R&D contributes enormously to the growth of a given economy, which is why the value CCHUB Design Lab could add to Rwanda is likely to be great.

Most of the companies that have registered significant growth like Transsion, which has a market share of one-third of mobile phone sales in Africa have hugely invested in R&D.

In less than ten years of operation, Co-Creation Hub has been home to over 50 Nigerian startups, such as BudgIT, Wecyclers, Truppr, Genii Games, Lifebank, GoMyWay, Vacantboards, , , , Findworka, Grit Systems and .

The company, which is already hiring for its operations in Rwanda, will launch in the country in February 2019.