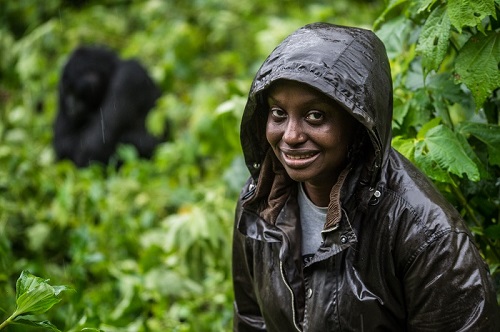 Dr. Gladys Kalema-Zikusoka, the first wildlife veterinary officer of the Uganda Wildlife Authority, is among the winners in the 2018 Sierra Club Awards.

Sierra Club Awards recognize public servants, academicians, journalists, organizations and everyone that has made outstanding contributions to protecting the environment.

There are over 20 categories in the program and Dr. Kalema-Zikusoka won the EarthCare Award, which, according to an official statement, “ honours an individual, organization or agency that has made a unique contribution to international environmental protection and conservation.”

She is the founder of Conservation Through Public Health (CTPH), a nonprofit that promotes co-existence among people and animals (both domestic and wildlife).

CTPH was started in 2003 and one of the key projects the organization is running is a Gorilla Health and Community Conservation Center in Buhoma, Bwindi Impenetrable National Park’s main tourist site.

The project advises farmers on improved farming methods so that they produce good coffee, which GCCoffee buys at a higher price than what they would be getting from ordinary buyers.

Dr. Kalema-Zikusoka will receive her award on Saturday (September 29) at an event held in Denver, Colorado.

She becomes the second African to win the EarthCare Award award after Wangarĩ Muta Maathai, a Kenyan environmental political activist and Nobel laureate, who bagged it in 1991.

The Sierra Club was founded on May 28, 1892 in San Francisco, California by the Scottish-American preservationist John Muir.