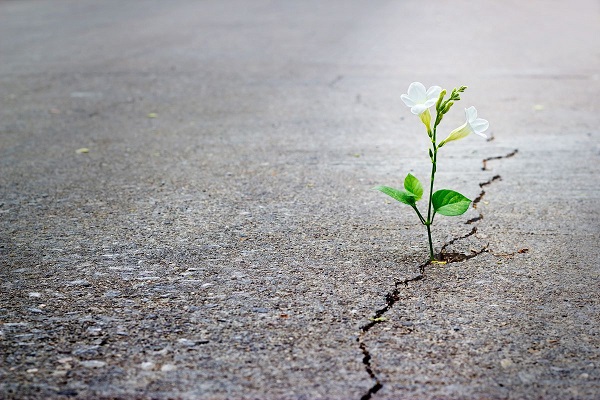 You probably have a set of recurring patterns in your life, relationships and career. I certainly do:

2. I give advice before knowing that friends want advice.

3. I tend to assume the best when it comes to startups, financing and growth.

It’s this last one I want to talk about.

I know this is unsolicited advice (see #2) from someone who dates dad-like dudes (grain, meet salt), but I think unbridled optimism is the most dangerous trait in an entrepreneur.

And if you — like many entrepreneurs — have been blinded by your optimism, now’s a great time to sit back, take a deep breath, and start planning for the worst.

It might be the coming global economic downturn, key employees quitting, investor reshuffles or even new competitors entering your market. Whatever the reason, if you’re not doomsday prepped yet…well, only Whoopi Goldberg can say it better:

Telling an entrepreneur to curb their optimism sounds like a contradiction — and it is. After all, optimism is the primary tool most entrepreneurs use to get over the negative voice in their head (you’ll fail!), the negativity in the world (everything sucks!) and generic, useless criticism (Why won’t Google just do this?). But optimism about your industry, team and the future you’re working so hard to create does not conflict with a strategy based on worst-case scenario planning, paranoia and extreme cheap-ass-ness.

This is a lesson I’ve learned the hard way.

My last startup Onward, makes a good case study. We were working on a cure for technology-based addictions, and had a ton of good early traction — raising lots of money, hiring amazing people, feeling very timely — even our product was delivering decent early results.

But then things started to change, and the warning signs were not evident to me or our advisors/investors. With the benefit of hindsight, I realize that I could have seen some of these things earlier and taken action to course correct at each input.

But in an overall sense, it was my optimism that blinded me to the feedback we were receiving.

The most noteworthy startup failures of our time have often been blamed on the stubbornness of the founder and the megalomaniac’s tendency to bend the world to their perception (see: Theranos).

But I don’t think stubbornness kills as many companies or sinks as many people as optimism does. Optimism blinds you to the absolute fact that things are going to get worse. Stubbornness blinds you to the fact that other people may seem to agree with you, when in fact they are just giving up in the face of your aggression. But it doesn’t necessarily prevent you from seeing the writing on the wall.

My OG example of this was my grandparents. They were all Holocaust survivors, tenacious people who made it through the camps (where their families, by and large, did not) because of a combination of luck and pluck.

And after the war, from the depths of unspeakable horror, they managed to pull themselves up, have families and careers, emigrate, and shower their grandchildren with love and joy. They were, however, stubborn pessimists. They never believed the world would just magically get better on its own, and they would never not fight for something they wanted.

So I’ve developed a (somewhat humorous, but not really) framework to think about these axes. I call it the Road Runner Matrix:

In the Road Runner animated classic, the titular bird was always one step ahead of his arch-nemesis, Wile E Coyote. While the coyote kept thinking he could outsmart the bird, and would start every interaction with a naive belief in his own ability, the Road Runner assumed the worst about the coyote and beat him (almost) every time. It is obvious, but I want your entrepreneurial career to definitely not end with a self-inflicted anvil to the skull.

Now as an entrepreneur and leader, you need to be able to maintain two faces. Face one (the eternal optimist), for your employees, recruits, investors, and the media. The other (a doomsday-focused pessimist) for your leadership team and — most importantly — yourself. Externally, optimism sells.

It’s a great tool to blunt criticism, and people often feel magnetically attracted to people who want to build a better future. Internally, however, you and the rest of leadership need to truly consider the worst-case scenario in every strategic choice.

For example, when hiring a new engineer, game out what happens if they leave within 12 months — not just if they stay until the IPO. Who would be able to ensure continuity? What will it cost you to replace them and hire someone new? If you promise to build a new feature based on their skills, what happens to your reputation if you don’t?

Whatever the result of that analysis, make sure you have budgeted for a percentage likelihood of this eventuality and have a contingency plan in place.

This same logic applies to all “investments” of time or money the business chooses to make. Although markedly less practical as your company grows, every departmental leader should be including these kinds of variables in their budget, forecast and plan.

Similarly, you need to plan for what happens if your source of venture financing dries up. This can occur for a number of reasons, from macroeconomic to personnel/personal changes. Don’t assume that because it’s easy to raise money now, you will readily be able to do it again in the future.

And here, I suggest a bit of sandbagging. High-scale investors (e.g. VCs) tend to dislike when you do this, but I strongly recommend raising on an aggressive plan and then leaving yourself some extra buffer for the unknown unknowns. Assume it will take 50% longer to do what you promised with the money you have, and spend accordingly.

In his seminal 90s management book, “Only the Paranoid Survive,” Andy Grove (former CEO of Intel) talks about how to navigate strategic inflection points with a healthy amount of skepticism. Grove too was a child of the Holocaust, and many of his early lessons instilled a kind of stubborn pessimism I would come to recognize intimately in his strategic thinking.

While paranoia may not be the optimal state, not being paranoid enough certainly comes with big risks. If you want to be a successful entrepreneur, you need to balance these competing self-narratives.

Staying one step ahead of those who seek to beat you doesn’t require superhuman predictive abilities, however. All you need is to be smart, quick and a stubborn pessimist.