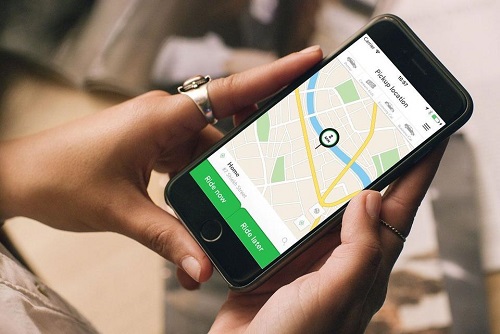 A new ride-hailing company has announced it will be launching its services in Uganda this year, entering a market that is currently led by SafeBoda in motorcycle taxi-hailing and Uber in car taxi-hailing services. Other notable players in the Ugandan digital transport sector are DialJack and Taxify.

According to officials, Taxido will hit Kenya and Uganda as its first African markets, with the launches slated for September 18 and 27 respectively. The company is already scouting for employees, spanning cars, motorcycles, ambulances, breakdowns, and trucks.

Aside from the two East African countries, Taxido is also considering the capital cities of Zimbabwe, Cameroon, Gabon, Madagascar, and Mozambique. It is only in Kenya where the launch will be in two cities, Mombasa and Nairobi, at once.

Taxido, headquartered in London, is a brainchild of Dr. Climate Irungu Wiseman Ph.D., a prophet born in Kenya, but currently living in the United Kingdom.

Climate Irungu founded the ride-hailing startup this year. However, it’s not the first time he’s venturing into technology; he owns another company called Hybrd, whose mobile application allows users to access wide-ranging beauty products, barbers and health spas, and parlors. In Africa, it already has a presence in Kenya and South Africa.

But as he expands his investment portfolio, the market he’s targeting, though not yet fully exploited, is already crowded. Even more threatening is that some companies who entered the Ugandan market earlier like LittleRide and MondoRide remain invisible. In South Africa, a market he is also setting eyes on, a couple of new ride-hailing startups have already closed shop.

Must read: SafeBoda reveals next country it is expanding to after Kenya

Most startups, even in the biggest markets like China and the U.S., don’t make enough money to sustain themselves for some years, but what keeps them in business, is the backing from investors.

Dr. Climate Irungu seems to understand that, and in a recent conversation with this website, he let us in on some of the strategies he’ll be using to open the door for the growth of Taxido.

After officially launching user products, Taxido will organize investor conferences in Nairobi, Kampala and Harare. According to Dr. Irungu, he wants the startup to provide an investment opportunity to Africans (staying in and outside the continent) who have capital but can’t invest in Silicon Valley startups.

So, the conferences which are expected to be held in November of this year will be to walk interested investors through how they can partner with Taxido. The regional director of Taxido, East Africa also told us that they will be listing in all countries they’ll be launching in. Furthermore, they are planning on franchising the company.

“We will also be listed in the countries where we operate so that we can roll out IPO’s. we are here to secure the financial future of Africans as such this is a 100% funded by private African citizens living and working in London as well as in Kenya, Uganda, and Zimbabwe. Plans are underway for IPO’s and Franchise investment for Africans who have the Capital but cannot invest in tech companies most of which are in the Silicon Valley,” Bishop Irungu wrote to us.

The company will be offering services covering motorcycle and car taxis, car rentals (both self-driven and chauffeured), ambulance hailing and cargo transit hailing.

Though officials couldn’t disclose details of the promotions they’ll be unveiling, saying they will do so at “a convenient time,” SautiTech has learnt that Taxido will not be charging commissions from drivers, and first-time riders will be given a 15% discount.

“We are also offering them discounts on future rides through our refer and earn program,” said the Taxido regional director for East Africa.

Asked on why he chose to invest in Kenya, Zimbabwe, and Uganda first, Irungu said: “I understand these countries better.”

Though he knows that these countries, well, apart from, maybe, Kenya, have extensive political and economic “woes”, he says: “I want to empower my fellow Africans.”