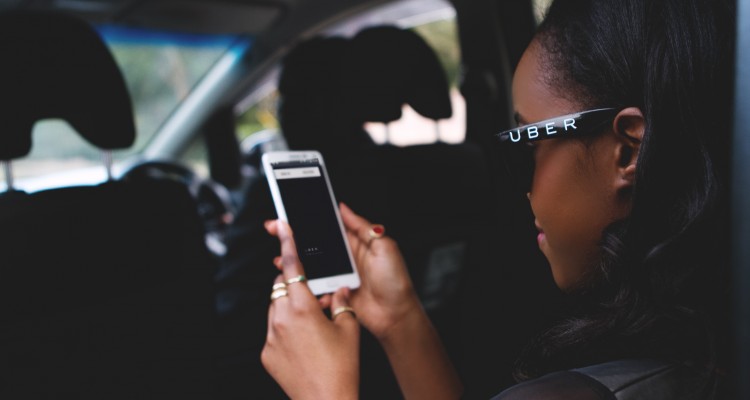 As internet penetration in Uganda continues to grow and more people, with the proliferation of Chinese smartphones, are able to acquire internet-enabled phones cheaply, multiple businesses have exploited this technology evolution to expand.

One of these businesses, as can now be attested to by a significant number of Kampala and its suburb dwellers, is the ride-sharing industry. The Ugandan e-transport sector made its first significant step when SafeBoda was, in 2014, launched in Kampala to allow people to order for a motorcycle taxi from anywhere at their convenience.

2 years later, on June 2, 2016, Uber also rolled out its services in Uganda’s populous capital, but unlike SafeBoda, it targeted individuals who wanted to travel by cars. Uber had been in Africa for three years then, having launched its operations in South Africa in 2013, before expanding to Nairobi in 2015.

In the same year it launched in Kampala, the San Francisco-based app also hit the streets of Accra, Ghana and Dar es Salaam in Tanzania. It has since buttressed its mark in these countries by expanding to one or more cities in some countries like South Africa and Kenya.

And, according to Aaron Tindiseega, Uber’s country leader, who our reporter caught up with this past Wednesday to benchmark the company’s progress since its launch in 2016, Uber will be expanding to more African states before this year closes.

Though Aaron Tindiseega claims the company has made profits (he refused to mention the figures, saying he is restricted since they are not a publicly listed company), Uber is yet to significantly exploit the Ugandan market.

Currently, Tindiseega says they have enrolled more than 1000 active drivers for both UberX and UberBoda. For a company that has been in Uganda for about two years now and has been in the transport industry for about 8 years since its launch in San Francisco, its expansion rate seems quite low. Taxify which launched in Kampala just this year is already claiming the same numbers. (All hailing services in Uganda have, on multiple requests, refused to give exact figures.)

Though one can also point to lack of a curious market to try out new things in Uganda to be the reason these companies are growing slowly, giving an example of SafeBoda which has been around for the last four years and is also struggling to raise numbers; these companies might also not be innovative enough to understand the market they are dealing with. For instance, when UberX was launched in Uganda, payments were mainly via electronic cards until they put an option of cash. This, to many a Ugandan, might appear a less viable option since they are used to cash and mobile money payments for such minor necessities.

The other thing that can be observed about these companies is their seemingly moderate marketing strategies, or, as some have observed, quick complacency. Most SafeBoda riders we’ve talked to will tell you that before other companies launched in Uganda, the treatment and incentives from the company were not that good, but when other apps were unveiled, riders say, things changed since, they have observed, their bosses know they can easily channel to their competitors.

The build-up in apps has seen most of these companies come up with different tactics of winning riders and passengers in order to control the market share. At Uber, our reporter observed that more drivers were thronging Uber offices at The Square Place in Kampala for registration. Through its initiative dubbed, UberDost program, the company hopes to garner more drivers. Amidst all this heightened competition among companies, however, riders are continually smiling all through their journeys as road transport is increasingly becoming cheaper and safer.

We are all set for the clean up in partnership with KCCA and the unsung heroes who keep our city clean everyday. You can also be part of us as we clean the city! #UberHeroes Follow blog link https://t.co/2cVOFG056Q for more details pic.twitter.com/xWxOuFlFPv

As Uber expands, according to Tindiseega, they are trying to come up with more ways of meeting customers demands, and one of these is allowing people to order for a rider through the web, in case one has no phone or the app installed on his cell. Other apps don’t have this option.

Over the years, Uber has also tried to lower its pricing; however, they are not yet as low when compared to Taxify, SafeBoda or Dial Jack. Tindiseega says they aren’t following other companies on pricing trends because they want to meet demands of both the customer and the rider. And this could partly be true since riders on some other apps normally refuse to respond to calls, especially when they realize the distance will have a deep impact on their fuel expenditure. For companies that have lowered prices, they have put up an incentive for riders to help them cover such costs; for instance, a SafeBoda rider who makes ten trips in a day is given a bonus of Shs10,000.

One of the main challenges of companies dealing in the transport industry is the ever-changing prices of fuel; this was recently seen in South Africa, where Uber and Taxify drivers staged a massive demonstration, demanding the company to increase their commissions.  In Uganda, the country leader says they are trying to counter this problem by giving more incentives to drivers. (He did not specify.)

One of the major things that hailing services have been praised for improving, especially in Uganda where boda-bodas have been the leading cause of accidents, is safety; but this is also the biggest challenge companies need to tackle. Uber has been rocked by multiple safety scandals, including rape and they are today battling to have their contract renewed in London.

To deal with some of these challenges, Uber rolled out innovations like the recent drunk-client detection and RapidSOS features that were recently introduced in major cities across the world.

The company has also come up with a list of requirements for both UberX and UberBoda, a driver a needs to have before they are accepted to use the application. Cars must also be of a certain age: To be accepted, a car must have been manufactured after 1998; it should be having four doors, a working radio and a functioning air conditioning system. Training on safety and customer care is also done to ensure the riders and drivers are fit for work.

One other thing, most of these apps have done is to set up a feedback system which a passenger can use to describe his experience every after a ride.

Uber Country Leader Aaron Tindiseega told this reporter that Uber is strategizing to expand to more cities in Uganda, and they will start with their boda product, by targeting cities like Jinja, Mbale, and Gulu. He also previously told us that they would launch UberEats – an online food order and delivery service, after recruiting sufficient drivers.

To increase its payment options, Uber is currently conducting a survey to see how they can incorporate the mobile money system. A plan is also underway to introduce Visa Card loaded with Uber credit.

He also said they are trying to create an understanding with the government to see how they can facilitate registration of drivers in the country. With this, he said, the government can be in the position to collect taxes from the informal transport sectors workers.