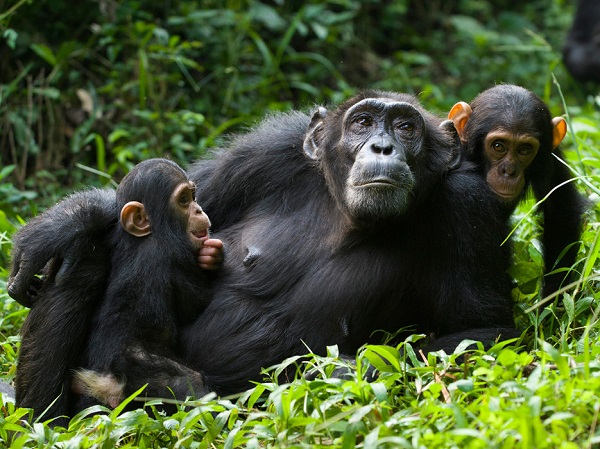 The Jane Goodall Institute on March 17, 2016, through The GFW, or, Global Forest Watch, launched an online mapping platform and Forest Watcher mobile app in Uganda. The app was meant to ease forest patrols made by rangers through the provision of real-time forest data about activities taking place in forests.

This was after a discovery that the few available forest watchers had to always make numerous trips around forests to ascertain the state of these areas. This turned out to be both time-consuming and exhausting. In addition to this, during the patrols, the rangers would miss out on the hotspots where unauthorized activities that threatened forest conservation took place.

Two years down the road, the Jane Goodall Institute, whose goal is to promote conservation of Chimpanzees, has realized its objective through this app. There are 5,000 chimpanzees in Uganda, according to Dr. Lillian Pintea of Jane Goodall Institute, and they are mainly staying in forests. By ensuring forest conservation, says Pintea, the existence of chimpanzees in these areas has been safeguarded.

In a recent podcast produced by the World Resources Institute, Racheal Peterson, the deputy director Global Forest Watch and Dr. Lillian Pintea, the vice president, Jane Goodall Institute, were interviewed to share the impact the Forest Watcher (app) has on the Kibale National Park community.

Through partnerships with the National Forest Authority(NFA) and Uganda Wildlife Authority(UWA), the institute has been able to carry out surveys on several forests and assessed the performance of the app.

Hilary (another name not revealed during the podcast), an ecological monitoring warden at Kibale National Park, says that the app has enabled rangers in over 30 stations in national parks to prioritize their conservation resources by relying on threats detected in specific areas. Hilary says that this informs their deployment, with more rangers placed in dangerous areas.

During the podcast interaction, an official from NFA said that the app has acted as a whistle-blower, in that it has helped them to easily identify the hotspots and other activities that are dangerous to wildlife. For instance, he revealed that they have also been able to spot people who tend to encroach on forest land.

Martha, a forest ranger, also said that the app has eased the distance and time rangers need to conduct patrols. According to Peterson and Pintea, forest area coverage in Uganda remains threatened by projects such as conversion of forest land to cash crop plantations especially sugar cane, subsistence farming and also tree logging for commercial purposes.

The Institute says it looks forward to expanding the tool in more countries, offer better resolution images and also ensure proper use of data obtained by forest rangers through training.

Upon downloading this app, a user is requested to create an account. The next step is for one to select a country and demarcate their preferred area which they wish to monitor. Aside from Uganda, the Forest Watcher also provides data about other forests in the countries like Peru, Indonesia, and Brazil.

Relevant forest data from the Global Forest Watch about the selected area is then linked to the app which a user can also download for offline purposes, that is, one can use the information without the need of an internet connection.

At the time of carrying out forest patrols, the Global Positioning System (GPS) on one’s device can guide one to places where illegal activities like deforestation or fire attacks are taking place.

The Forest Watcher provides 3 types of alerts namely; active fire alerts, annual tree loss/deforestation and changes/reduction in forest area coverage. The above data is obtained through the satellite technology.

In addition to this, forest rangers can add their discovery reports about specific forest areas; for instance, they can feed reports on deforestation in the database or upload photos as proof of these activities. The information can then be used by parties concerned with forest conservation to take immediate action.

Apart from the mobile app, there is also a desktop version from which an administrator can monitor the patrolling team.