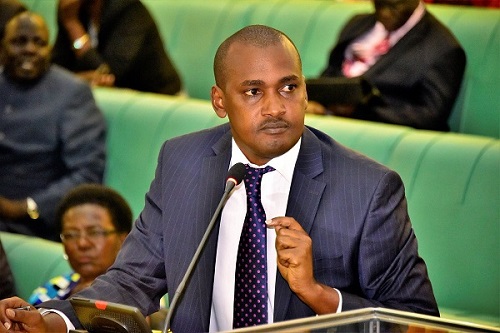 1. The minister of ICT and National Guidance has responded to Ugandans asking why the National ICT Hub that was to be opened to innovators in August is not yet launched.

According to Frank Tumwebaze, the engineering team encountered some problems but he hopes the facility will be commissioned before the year ends.

The National ICT Hub is being constructed by the UPDF engineering brigade. It is located in Nakawa.

Yes they countered some delays but there is good progress. Hopefully before the year ends we shall commission it. #ICTHub @Tybisa @Bagarukayo https://t.co/sz8D3cLyyq

2. In April of this year, the ICT and National Guidance ministry unveiled 12 startups that were to benefit from the Shs2 billion under the National ICT Initiatives Support Program (NIISP).

In response to a question about how the startups are progressing, Tumwebaze said some of them are already being used.

He gave an example of AIMS, which is being used by Makerere University in school fees payment among other services.

Many of them doing well and their solutions have been endorsed by those using them.e.g #AIMS doing well in universities starting with @MakerereU https://t.co/8yeSiIzXpn

The team @MoICT_Ug and @NIISP_ICT is working with the ICT Hubs to monitor the progress of the supported ICT Innovators and their systems once completed shall be deployed in the Service Sectors of @Educ_SportsUg, @MinofHealthUG, Agriculture among others.

He was also given a gift by an official from the institution. The details of the deal were not revealed.

4. Paul Allen, the co-founder of Microsoft, died on Monday.

He succumbed to complications related to non-Hodgkin’s lymphoma.

Non-Hodgkin’s lymphoma, like the less-common Hodgkin’s disease, is a cancer of the lymphatic system.

Read more about his death here

Wulira App, a hearing assessment mobile application that is used to assess hearing loss in patients such as those on TB or HIV medications, has been selected amongst the top ten health tech startups globally at the 2018 World Health Summit.

This application helps patients discover that they have hearing loss before it is too late for medical practitioners to remedy.

It was also among the 12 startups that benefited from the Shs2 billion from the government.

.@MakerereU app @WuliraApp has been selected amongst the top ten health tech start ups globally at the @WorldHealthSmt 2018 #WHS2018 pic.twitter.com/RDbcqcbzZ3