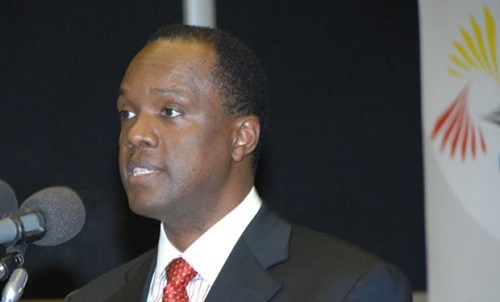 Businessman Patrick Bitature has some good period of time been churning out investment advice to people interested in starting out in the entrepreneurship sector.

We’ve featured a number of them here; for instance, his take on investing in cryptocurrency, technology, and lessons he picked from fellow tycoons like Sudhir Ruparelia.

In the latest video on his YouTube channel, Bitature responds to a student from Kings College Buddo who wants to know how he can invest a million shillings, which they saved as a group.

Hassan Mutebi, on social media, wrote [some words have been skipped to avoid redundancy]: I’m a student at Kings College Buddo and I have a million shillings we saved up and we would like to start something or make an investment. Would you mind giving us some advice?

Patrick Bitature starts by appreciating Mutebi for cultivating a discipline of saving. He says that saving is an important aspect of success in the future because you can’t invest if you haven’t saved.

“The discipline, the benefit of learning how to save early… foregoing something for today so that tomorrow can be better… that mindset is excellent,” Bitature adds.

According to him, since Mutebi and his colleagues are still students, they shouldn’t bet their money on “high-risk activities like money lending”.

Though high-risk ventures always have high returns, he says at their level they may not get the time to put into monitoring the money. And, he cautions, “safety of your savings” is crucial.

Invest a million shillings in some of these ideas

The first idea Patrick suggested to Mutebi and his friends, is to open a fix deposit account so that their money can appreciate through interest rates.

Although the returns are low with this kind of initiative, Bitature says you’re assured your money won’t depreciate.

Banks in Uganda offer different rates per annum, some as high as 17% and some as low as 7 percent.

Secondly, Patrick advised Mutebi and colleagues to think of investing in small businesses like buying and selling of fruits or anything they would find interesting in the food industry if they can get time out of school.

He roots for the food industry because it offers higher margins.

Must read: Nataliey Bitature: How to stay on top of your game as an entrepreneur

But he also cautions them not to delegate anyone to handle their money since there are high chances of losing it at this moment. In other words, they should be there to do the work themselves.

He also says small businesses like a chapatti and ‘rolex’ making can get you some good returns. (Some students at universities tend to inject money in this business but most don’t last, probably, because of the reason he mentioned above or because of failure to manage cash flow.)

Another thing he points out is doing enough research so that they can find out the best locations for good price points.

After succeeding at this level and you see you’ve accumulated some considerable capital to expand your portfolio, he says you can now think of things like produce, where you buy products are lower prices during the harvest them and sell them later when the prices have gone higher.

Patrick Bitature says he roots for produce because it offers high margin and the market is wide.

He advises that you should venture into “sophisticated businesses” after learning the basics.