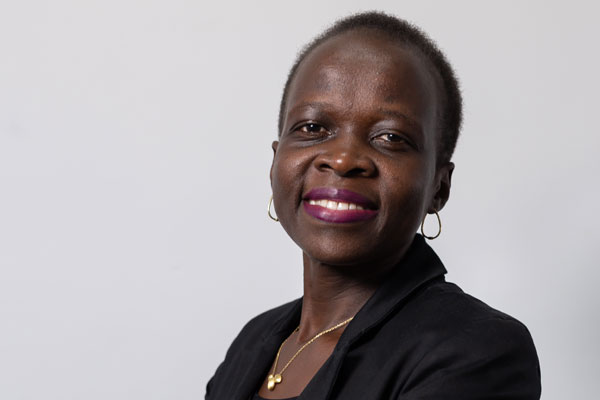 Jackie Ochola is the country director for Andela Uganda.

Before joining the training and placement company for software developers, the electrical engineer had a powerful job at Nokia; she was the company’s manager in Uganda.

In most aspects, Nokia is a more attractive company than Andela; Nokia is a more recognized brand, it’s more financially valuable and working with it, probably, presents bigger opportunities.

Ochola left Makerere University in 1998 with a bachelor’s degree in electrical engineering. That same year, MTN launched its operations in Uganda. Celtel Uganda, now Airtel Uganda, which was the first mobile telephone company in the country, had rolled out its services in the country 3 years ago, in 1995.

So, the telecom industry, at the time of her graduation, had begun to take shape and it was so promising and lucrative.

“Telecom was the deal”, Jackie Ochola says of the industry at the time, adding that it was where the “hype”, “the future” and “the money” were.

When a door to the industry opened, Ochola entered. And for over a decade, she worked with some of the biggest firms, including Uganda Telecom, Leadcom (DR Congo), Alcatel and Nokia.

For the period she worked in the industry, she says: “I felt I was making a strong contribution to ICT in Uganda.”

But, “about two years ago”, she started feeling like there was nothing more she could contribute to the sector, apart from personal gains like promotions. (In Uganda, she was already at the top position in the company she was working with.)

Struck by that feeling, she decided to think of options, how she could use her skills to add value to the growth of her country.

“… but there was a point at which I felt that I could probably do more… I could find way in which I contribute to lives in Uganda, contribute to the development of Uganda and also be a part of the overall development of the world,” she narrated while speaking at a Thought Leaders Roundtable on Monday.

Hosted by Andela Uganda, the event was also attended by Christina Sass, Andela president, and co-founder.

See: Where, how to invest in Uganda’s e-commerce

As she went about reflecting on what to do next, several ideas hit her mind, including joining politics (her dad was a politician and “I was a student leader”), forming an NGO among others. “What I was looking for, really, was a way to impact lives,” she said.

In the process, Ochola said, she came across a mentor who made it clear to her that she was going through a phase that, most people at her point of career, normally have to deal with: questioning whether there’s purpose in your work and if you’re meaningfully contributing to the growth of society.

Her mentor encouraged her to take a transformational leadership program at the Institute for National Transformation which “completely changed my outlook to life.”

It is during this period that Andela was also looking to set up operations in Uganda.

“What drew me to Andela was, really, mission alignment,” she revealed, adding: “Andela’s mission is to bring opportunity [according to her, Andela brings opportunity where it isn’t].”

While working with UTL, Jackie Ochola said, she landed an opportunity to visit the headquarters of HP, an American multinational information technology company based in Palo Alto, California.

Jackie Ochola, who describes herself as “very ambitious” was then 23 and she says she saw teenagers during amazing things in the HP’s R&D center.

“They were working on products for a future that was 20 years away.”

It’s from then that she started musing on: “How can they get an opportunity to work on the ideas for the future. I felt there was a gap. How can we bring opportunity to the Ugandan brilliance? How can our Ugandan smart minds contribute to the global economy and global solutions.”

She concluded: “And, so, when I met Andela and Andela was trying to bring that opportunity… I was completely and totally excited.”