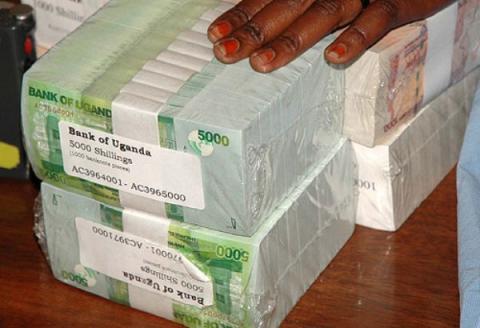 Joan Lubega, a 21-year-old Ugandan innovator has bagged US$12500 (about Shs47 million) after emerging as a second runner-up at the 2018 Anzisha Prize awards.

According to Lubega, her horrifying experience with malaria in primary school inspired her to start making the soap. She says that because of constantly suffering from the disease her colleagues started tormenting her that she was infected with HIV.

She says she is now manufacturing the soap to sell it to rural communities at an affordable price. The soap has also been used by tourists who also support Lubega because of her vision.

Tourists buy the soap at a higher price so as to subsidize the costs for the poor rural communities.

For Anzisha Prize awards, Joan Lubega was nominated alongside another Ugandan Samson Kisseka, 22, whose startup, Hello Mushrooms, collaborates with farmers to grow and sell mushrooms.

The grand ceremony for the 2018 Anzisha Prize was held in Johannesburg, South Africa on Tuesday.

20 innovators were finalists in the 2018 Anzisha Prize awards which are sponsored by the Mastercard Foundation and the African Leadership Academy (ALA).

Melissa Bime, 22, from Cameroon took home the grand prize, US$25 000, to expand her business. Bime created an online blood bank.

Each finalist, including Kisseka, was given US$2500 (about Shs9 million).

The Anisha Prize program was founded to reward entrepreneurs who have developed and implemented innovative solutions to social challenges or started successful businesses within their communities.

Over 600 applicants from 13 countries had initially joined the competition before they were sieved to remain with twenty.

Profiles: 4 Ugandans recognized in Forbes under 30

SafeBoda breaks the silence as pressure mounts over ‘sinking’ services